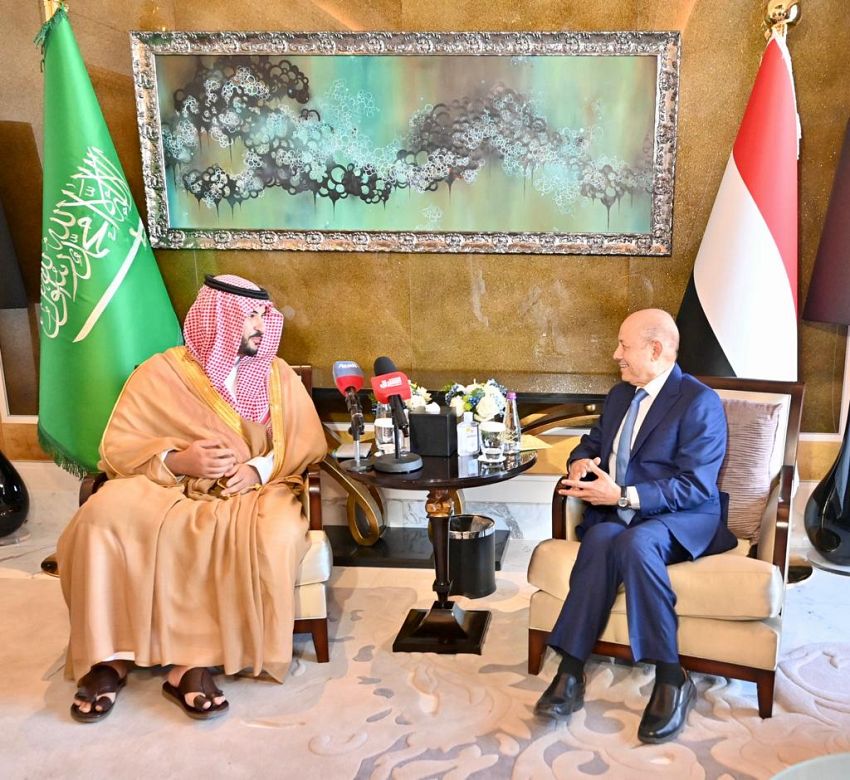 The session intended to discuss the developments in Yemen and track of economic, security, military and basic services reforms.

President al-Alimi highly praised the tireless efforts of the Saudi Vice Minister of Defense and the Saudi institutions including Saudi Program for Development and Reconstruction in Yemen (SPDRY) and Kings Salman Humanitarian and Relief Center to re-establish peace and stability in Yemen, alleviate the Yemeni peoples' suffering and regain the state, eliminate Iran-backed Houthi militias' coup.

The Chairman of the PLC touched upon the peace efforts, the proposals of the GCC and KSA in this regard, Houthi militias' continuous breaches of the UN-sponsored truce including its military mobilizations, its failure to fulfill its obligations under the truce agreement, particularly about opening Taiz routes and pay government's employees in its-controlled regions.

The Saudi Deputy Minister of Defense presented an explanation about the Saudi support track and how to accelerate it and push to wider scope.

He also confirmed that the KSA has continued to provide the PLC and its government with different developmental and economic support until restoring the state and achieve the Yemeni peoples' aspiration to establish security, stability and development.

Prince Khaled bin Salman conveyed the noble directives of the Custodian of the Two Holy Mosques King Salman bin Abdulazia and His Crown Prince, His Royal Highness Prince Mohammed bin Salman about endorsing a Fast-Track for Flow of the developmental, economic, service and humanitarian support for the Yemeni people and political leadership within the course of the Saudi and Emirati finances estimated at $ 3 billion and 300 million.

The two sides agreed on a framework plan for the emergent support through the SPDRY, starting with easing financing a package of projects with total cost $400 million in addition to $200 million to provide the government-run electricity generate- stations with fuels.

The urgent support plan includes 17 projects in the areas of energy, transport, education, water, health and building the state's institutions. 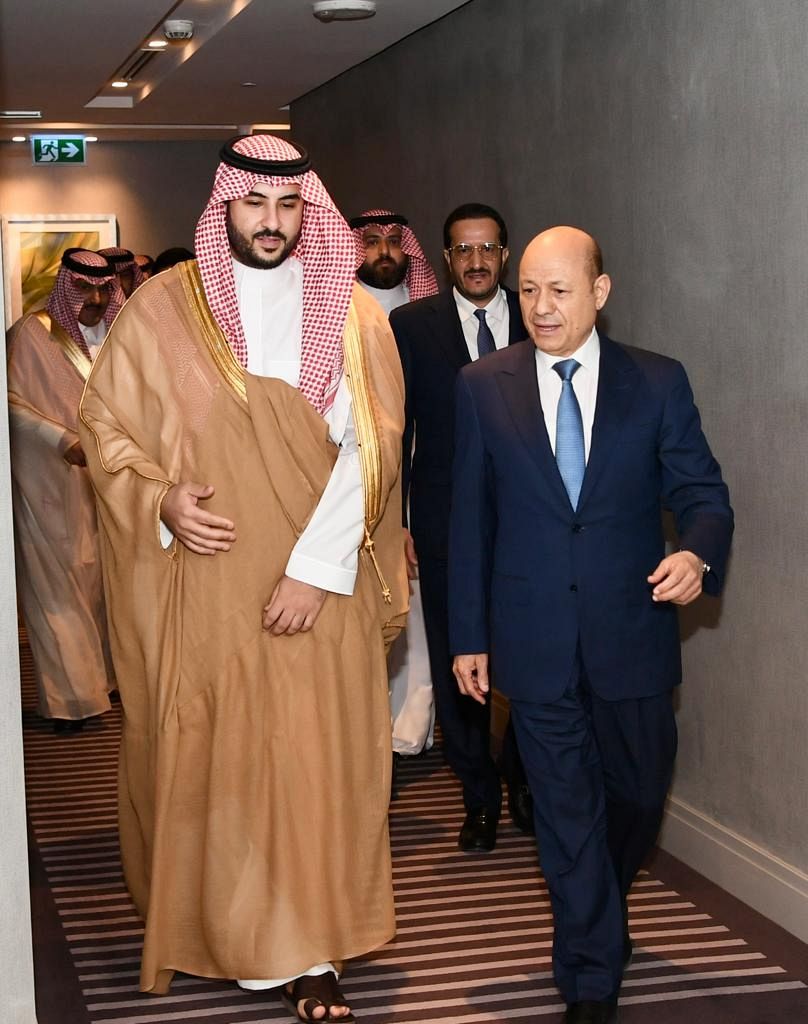 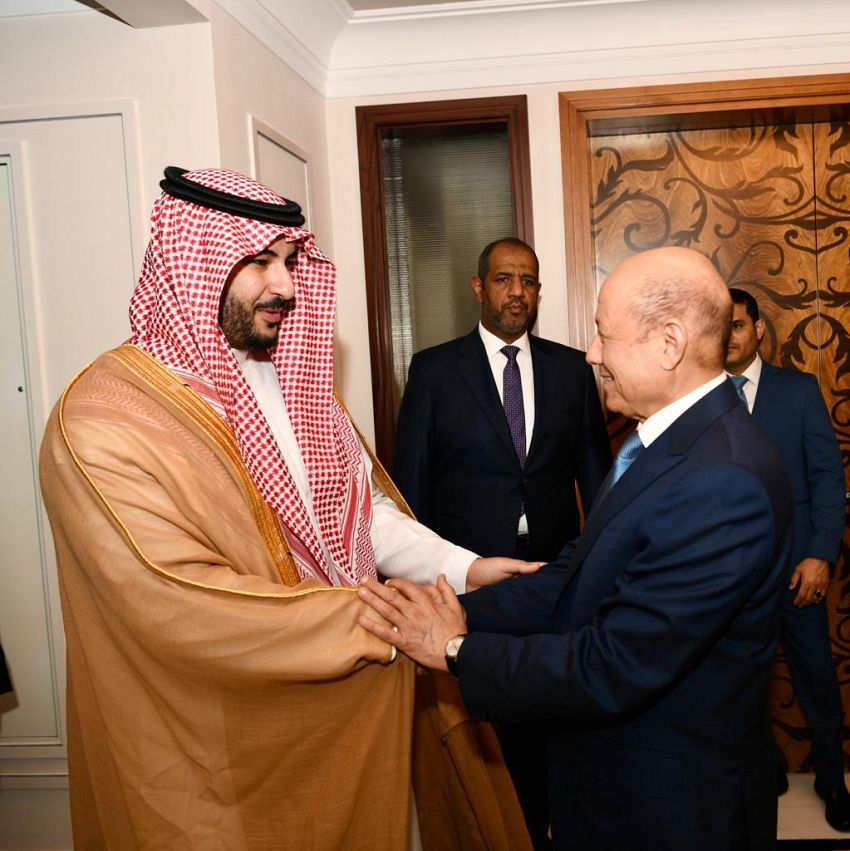 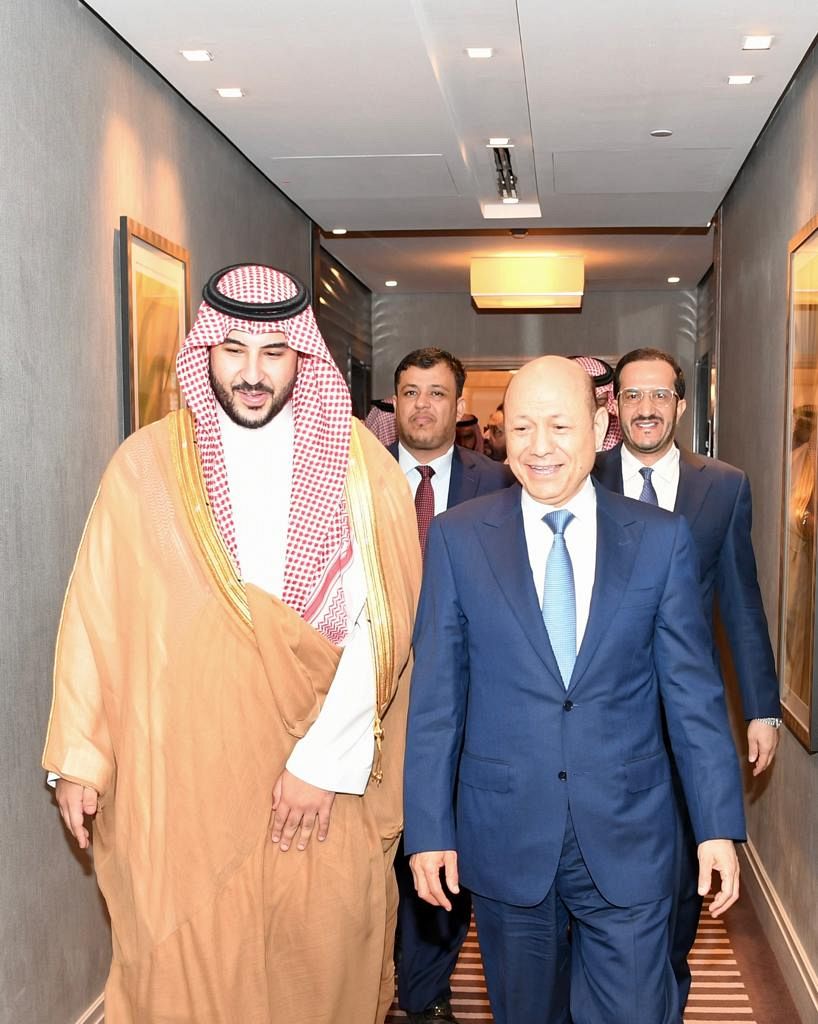