Argentina wins the 2022 World Cup after defeating France
The Argentine national team was crowned champion of the Qatar World Cup 2022 after defeating its French counterpart, by penalty shootouts, by four goals to two in the match that brought them together, this evening, Sunday, at Lusail Stadium, after the end of the original and extra time, in a positive tie with three goals for both teams.
Last Update: ، 2023/02/04 Time 11:27:28
Latest News: 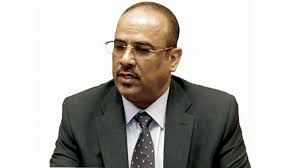 ADEN-SABA
Deputy Prime Minister, the Minister of Interior Ahmad al-Maysary has confirmed that the Presidential Protection Brigades have done their legal and state duty in facing a group of militants who attacked Ma'ashiq Palace and the Central Bank of Yemen (CBY) at Cira City in Aden.

"We will carry out our legal duty as state officials for protecting state institutions, securing Aden Province and facing all outlaw practices," said al-Maysary in a release issued Wednesday evening.

He called upon people of Aden to be patient and calm, confirming that the ministry of interior and the forth military region commanded by Fadhl Hassan are able to deal with such riots and irresponsible practices and "we will carry out our duty as it must be."

He reviewed plots for armed attack on Ma'ashiq Palace and the Central Bank, pointing out that those incidents meant to create disorder in the province by elements known to all.

He added that these elements plotted this sedition after killing General Muneer al-Yafe'i, the Commander of the First Logistic Brigade by Houthi rebel militia and his body has been exploited for political objectives never to be achieved.

" We have been wise and patient as much as we can for protecting public stability and security and when a decision taken to bury Martyr Muneer al-Yafe'i in al-Qati' Graveyard ( in Crater), all knew there was a plot behind the funeral, as Crater is next to al-Ma'ashiq Palace, the Headquarter of the Presidency and the Government," said al-Maysary.

"What we have been aware of has been done. After burying the martyr at 1:00 PM, a group of known militants moved towards the Central Bank and Ma'ashiq Palace shouting to topple the Place," he said; adding the Presidential Brigades carried out their legal and state duty for facing such practices.

All have had doubts that what has been happening were just mere and irresponsible practices and there is no body behind it, he said, pointing to a release issued by the so-called Hani bin Buraik (the Deputy of Southern Transitional Council) aimed at creating unrest by his call to public mobilization under the name of the southern people and clearly announced war against the government's institutions.

He called those people called by bin Buraik not to respond to such killing calls as their aim is war, confirming that such calls serve Houthis only.

He announced continuous coordination with brethren in the Arab Coalition represented by Saudi Arabia and the UAE, who informed the government their rejection to such releases calling for war, unrest and destruction.