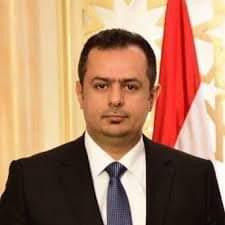 PM,US Special Envoy discuss Yemen developments
Prime Minister Dr. Maeen Abdulmalik discussed, in a phone call today, with the US special envoy for Yemen Tim Lenderking, the latest developments in the national arena in various aspects, and the US position towards the ongoing Houthi escalation at the behest of the Iranian regime, and the militias' undermining of any steps towards peace.

Eryani: The Houthi militia's use of civilians as human shields is a waste of Yemeni blood

TAIZ - SABA
The National Commission of Enquiry into human rights abuses carried out a survey today in the various neighborhoods in Taiz governorate, including Al-Rawda and Kalaba in the Qahira district, where the remaining residents suffer targeted shootings by shells and snipers, in addition to the explosion of mines planted in public roads and the corridors leading to it.

The commission’s team listened to the testimonies of 12 victims, women, men and children, and witnessed the difficult life and deprivation of food and drinking water that civilians live in in those neighborhoods and the nearby seam areas, whose residents refused to leave due to the economic situation and the inability to move and be displaced.

The commission also investigated a number of other violations related to the right to life and physical and mental integrity, especially cases of abortion, difficult births, and the necessity of many women to give birth without aid, which led to respiratory diseases and deformities in newborn children and physical diseases of mothers, due to the inability of women to reach hospitals or bring midwives.

It also investigated the complete damage of homes and the only medical facility in the area, which is considered a violation of the principles of international humanitarian law, which requires civilians to be treated humanely in all circumstances, without any harmful discrimination, and to protect them from all forms of violence.

Eryani: The Houthi militia's use of civilians as human shields is a waste of Yemeni blood