Marib: Local government discusses impact of floods on IDPs
Member of the Presidential Leadership Council, the governor of Marib Major General Sultan Al-Erada chaired a special meeting of Marib's local government to address the damages left by yesterday's floods on the internally displaced people who constitute the majority of Marib's population. 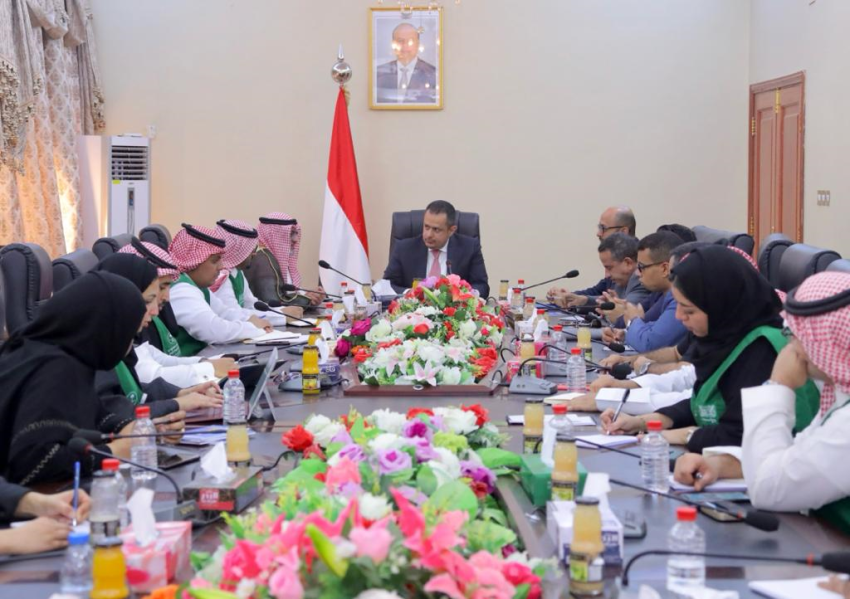 ADEN - SABA
Prime Minister Maeen Abdulmalik appreciated the permanent Saudi support to Yemen in all circumstances and in various fields.

He made the remarks as he received in the temporary capital Aden today a delegation from the Saudi Program for the Development and Reconstruction of Yemen, headed by the Director of projects and Studies at the SPDRY, Engineer Hassan Al-Attas.

Abdulmalik pointed out to the significance of the delegation's visit after the signing of the Riyadh Agreement, which focuses on uniting forces under the state’s banner to
to carry out the state services and complete the liberation of the country from the coup of the Iranian-backed Houthi militia.
" he added.

He stressed that the interventions of the SPDRY at this stage are not limited to the city of Aden, but also include the neighboring regions .

He said, "A number of small projects have been identified to start with, such as cleaning projects, rehabilitation of parks, public parks and sports fields, and the paving and maintenance of some public roads in the city of Aden."