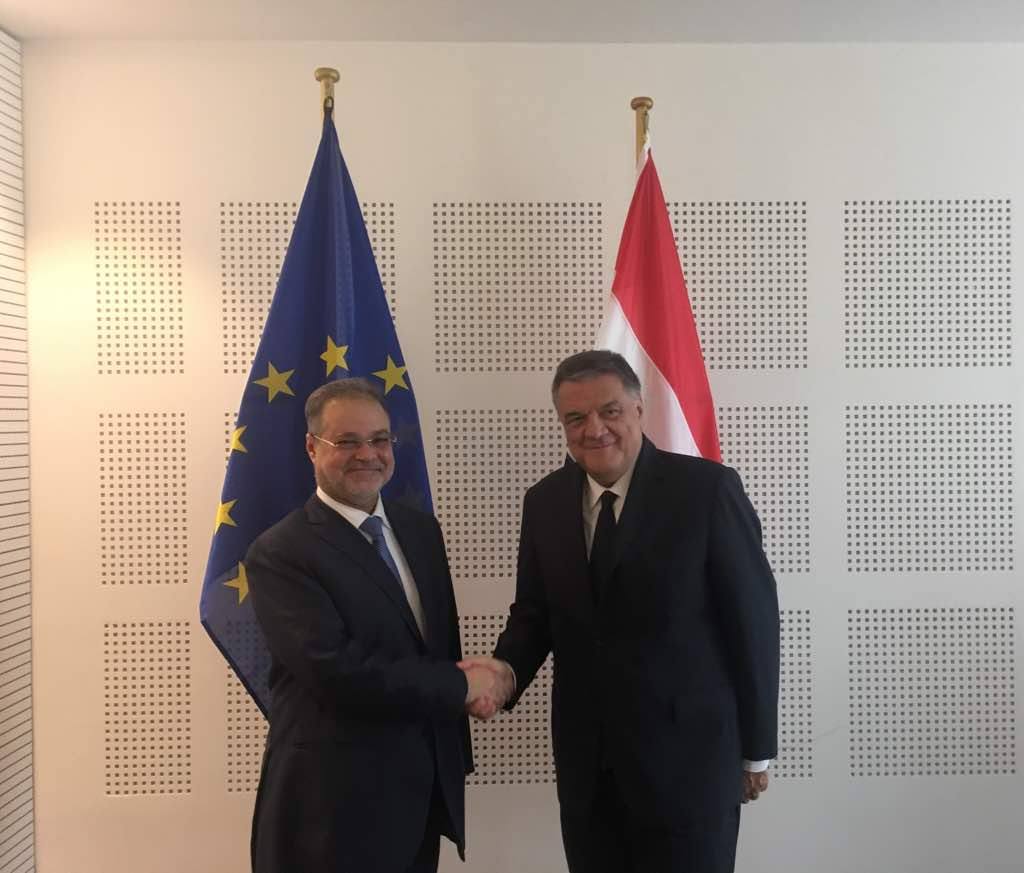 Al-Mikhlafi praised the EU support to Yemen and its legitimate government, indicating that the EU that actively backed the humanitarian response plan for Yemen meeting held on April 25, 2017 in Geneva.

He reaffirmed that the government vigorously operates to facilitate the delivery of humanitarian assistances to people affected by the conflict across Yemen, making reference that the government rejects the war and that the Houthi-Saleh militias carried out their coup and committed appalling crimes against Yemenis.

He said that the Yemeni government gives priorities to the human rights file and does best to facilitate the delivery of assistances to all the Yemeni areas.

He cited that Taiz has been being besieged by the Houthi-Saleh militias for over two years and that all food, medicines and other essential commodities are cut off, affirming that they also prevented Under-Secretary-General and Emergency Relief Coordinator Stephen O'Brien from entering Taiz.

He referred to the abduction of thousands of Yemeni civilians including activists and journalists, making clear that the veteran Yemeni journalists Yahya al-Jubaihi was sentenced to death by a Houthi-run court .

He also cited that the Houthi-Movement militias repressed mothers of abductees and forcedly disappeared persons, closed down most media outlets, recruited children and involved them in wars.

For his part, the European official reiterated the EU Parliament's position supporting the legitimate government of Yemen and condemnation of

In the meeting attended by Yemen Ambassador to Brussels Mohammed Taha Mustafa, Panzeri underscored the importance of delivering assistances to all Yemeni areas, emphasizing that the EU Parliament will continue contacting the Yemeni Foreign Ministry to exchange information and protect vulnerable populations, particularly women and children.