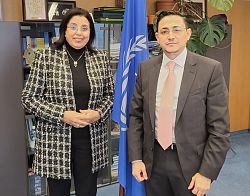 Argentina wins the 2022 World Cup after defeating France
The Argentine national team was crowned champion of the Qatar World Cup 2022 after defeating its French counterpart, by penalty shootouts, by four goals to two in the match that brought them together, this evening, Sunday, at Lusail Stadium, after the end of the original and extra time, in a positive tie with three goals for both teams.
Last Update: ، 2023/01/28 Time 01:10:03
Latest News: 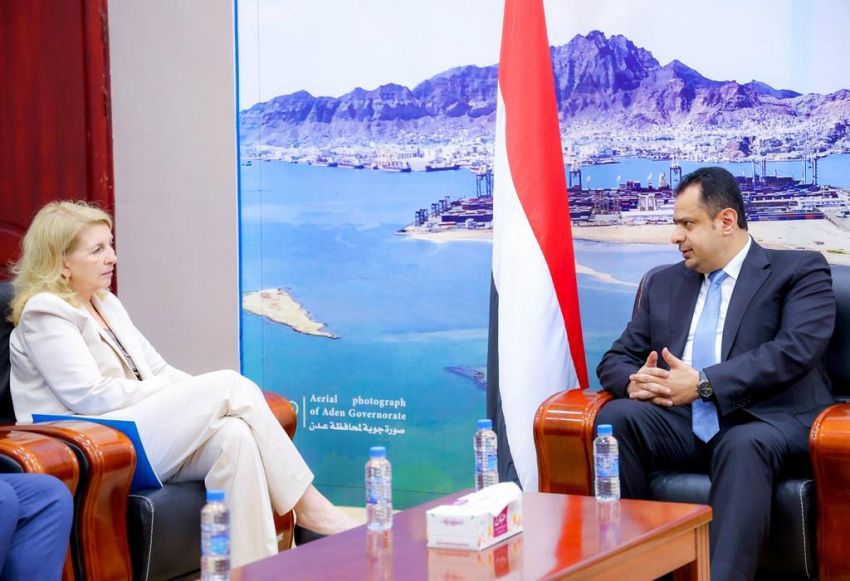 During the meeting, the two parties discussed coordination between the government and the organization during emergency cases, quick response and the organization's plans to enhance its interventions in field of protecting childhood and providing secured water and better education.

Prime Minister pointed out to significance of enhancing partnership between the government and UNICEF, especially in field of distributing interventions in accordance with the need in different areas in Yemen.

He noted to situation of children and women under the war triggered by Houthi terrorist militia and violations committed by the militia against children, including recruiting children as soldiers, killing and injuring them by landmines and chains imposed by the militia against women.
He stressed importance of focusing on these violations and conveying them to the international community so as Yemen will not bee seen only through the humanitarian crisis as Houthi militia relies on silence of the international community to continue their crimes.
He confirmed that the humanitarian truce created a hope to the weakest groups in Yemen like women and children and Houthi militia's rejection to renew it and its military escalation will create disastrous impacts on all Yemeni people.
" Designating Houthi militia as terrorist organization comes as a result of its practices and we are keen this designation will not have impact on humanitarian situation in general," said Prime Minister Maeen Abdulmalik.

For her part, the UN official confirmed partnership with the government in implementing UNICEF's programs and keenness on boosting this partnership in different fields.

Continuing the war and its repercussions is regrettable matter and these repercussions are reflected on children in the first place, she confirmed.

Russel reviewed interventions made by UNICEF in fields of health, education, water and sanitation, psychological support and other domains, pointing to their keenness on supporting state's institutions to provide the minimum level of services.

She confirmed that their plans will respond to the government's demands regarding balance between quick humanitarian interventions and sustainable development support.