Argentina wins the 2022 World Cup after defeating France
The Argentine national team was crowned champion of the Qatar World Cup 2022 after defeating its French counterpart, by penalty shootouts, by four goals to two in the match that brought them together, this evening, Sunday, at Lusail Stadium, after the end of the original and extra time, in a positive tie with three goals for both teams.
Last Update: ، 2023/02/05 Time 09:10:28
Latest News: 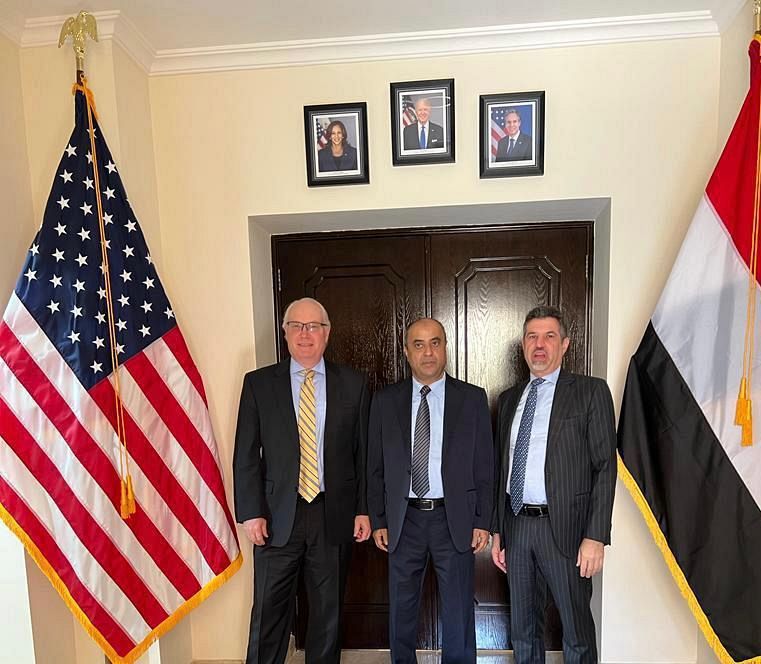 Riyadh – Saba
Finance Minister Salem Saleh bin Brik discussed today during his meeting in the Saudi capital, Riyadh, with the US Special Envoy to Yemen Tim Linderking, and the US Ambassador to Yemen Steven Fagin the developments in the economic and financial situation, regional and international efforts to achieve peace in Yemen, and aspects of strengthening cooperation relations.

They discussed the joint coordination in various fields between the two friendly countries.

The meeting shed light on the Iranian-backed terrorist Houthi coup militia attacks on vital oil facilities in the governorates of Hadramout and Shabwa, and their impact on the overall humanitarian, economic, and public financial aspects, as well as the procedures and options put in place by the state and the government in order to deal with these repeated terrorist attacks on facilities as well as the measures taken regarding the port of Hodeidah, which is controlled by the Houthi militia, and the Houthi intransigence and their obstruction of extending the UN armistice.

The meeting also dealt with Yemen's needs for humanitarian and development support, and technical and material support to contribute to continuing to build state institutions and infrastructure that were destroyed by the Houthi militia war, in addition to the priorities and needs of building the capacities of the Ministry of Finance and its affiliated institutions and interests, in order to support government efforts within the framework of continuing the process of comprehensive financial, economic and administrative reforms, in accordance with the directives of the Presidential Leadership Council.