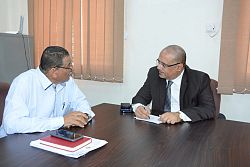 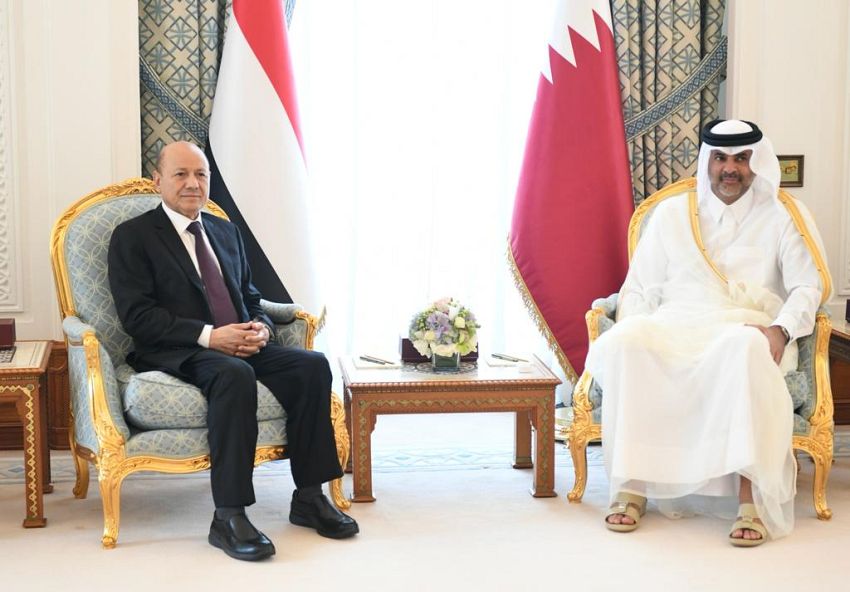 During the meeting, the President of the Presidential Leadership Council expressed his appreciation to the State of Qatar and its historical humanitarian stances on the side of the Yemeni people, stressing the importance of pushing the bilateral relations between the two brotherly countries to broader horizons, especially in the economic, service, and living fields.

In the meeting, a number of ministers in the accompanying Yemeni government delegation spoke about the priorities of support required from the Qatari side, in the sectors of works, air transport, health, and improving poor livelihoods since the Houthi militia's coup.

For his part, the Qatari Prime Minister affirmed the State of Qatar's keenness to support Yemen in all areas of priority for the Yemeni people and alleviate their human suffering.