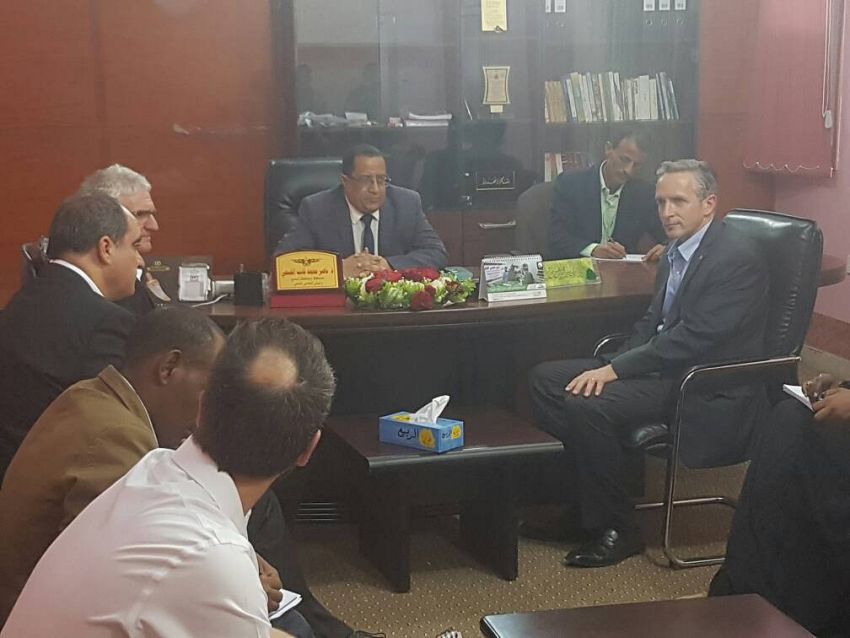 LAHJ-SABA
Governor of LahjNaser al-Khobaji met on Tuesday with Under-Secretary General of the United Nations for Humanitarian Affairs and Emergency Relief Mark Lowcock and Director of the Middle East Office of the Office of the High Commissioner for Human Rights George Khouri.

Governor al-Khobaji reviewed the real humanitarian situation in the province and suffering of Lahj of difficult conditions, destruction of the infrastructure and services, eruption of epidemics, malnutrition, problems of internal people displacement and increasing numbers of refugees from the Horn of Africa.

He unearthed the number of internal displaced people is increasing daily and has reached 7000 people.

Al-Khobaji valued the role played by the UN in providing humanitarian aid, demanding more humanitarian efforts for helping displaced people and providing emergency assistants to alleviate suffering of the locals, noting that the province is still witnessing clashes in northern areas.

For his part, Lowcock expressed admiration of security and stability in the province and efforts exerted by local authority in such conditions the province is going through for its location between Aden, Taiz, Dhale' and Baidha'a, which are still areas of clashes.

This makes the province as transit area and a destination for displacement for many people from the nearby provinces and at the same time it does not get enough assistance, he said.

He confirmed that he will convey the letter of Lahj on its need of quick support, especially anti-epidemic medicines, malnutrition, hosting displaced people and accommodating locals whose houses were damaged.

After the meeting, the UN officials paid a visit to IbnKhaldon Hospital and inspected anti-Cholera section and nutrition section.
They also visited al-Mishqaqa area in Tuban District to inspect situations of people who displaced from Taiz Province.