Argentina wins the 2022 World Cup after defeating France
The Argentine national team was crowned champion of the Qatar World Cup 2022 after defeating its French counterpart, by penalty shootouts, by four goals to two in the match that brought them together, this evening, Sunday, at Lusail Stadium, after the end of the original and extra time, in a positive tie with three goals for both teams.
Last Update: ، 2023/02/08 Time 10:56:14
Latest News: 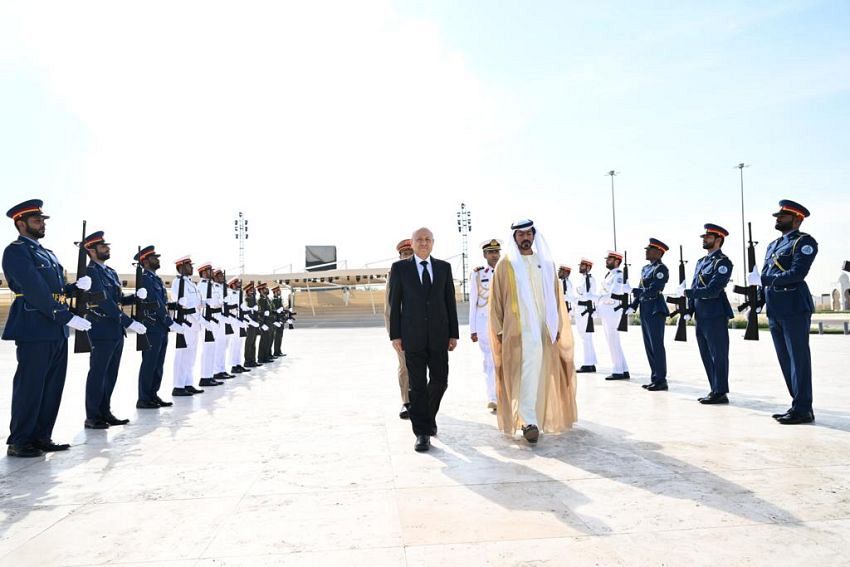 His Excellency President Dr. Rashad Muhammad Al-Alimi, Chairman of the Presidential Leadership Council along with members of the Council Aidaroos Al-Zubaidi, Tariq Saleh, and Dr. Abdullah Al-Alimi visited today, Thursday the "Oasis of Dignity" in the UAE capital Abu Dhabi, which commemorates the martyrs of the United Arab Emirates and their sacrifices at home and abroad.

The President and members of the Presidential Council were received at the site by Sheikh Khalifa bin Tahnoun Al Nahyan, Director of the Martyrs' Families' Affairs Office.

His Excellency the President laid a wreath of flowers in front of the Martyr's Monument in the Oasis of Dignity, then toured the site and listened with the other members of the Presidential Leadership Council to an account officials in charge of the landmark site.

In a speech on the record of visits, the Chairman of the Presidential Leadership Council expressed great gratitude to the martyrs of the United Arab Emirates, "who laid down their pure lives for the sake of supporting our country and its people, and defending its national interests and Arab identity.

" His Excellency President Dr. Rashad Mohammed Al-Alimi, Chairman of the Presidential Leadership Council, along with members of the Council, Aidaroos Al-Zubaidi, Tariq Saleh, and Dr. Abdullah Al-Alimi, visited the Sheikh Zayed Grand Mosque in Abu Dhabi, where they were received by the Director of the Mosque Center, Youssef Al-Obaidly.

During the tour, the President and members of the Presidential Leadership Council visited the tomb of the late Sheikh Zayed bin Sultan Al Nahyan, adjacent to the mosque.

The President of the Presidential Leadership Council, in a record of the mosque's visits, expressed his great admiration for the majestic edifice, "in which our Islamic civilization shines and flourishes from the heart of the Gulf and its metropolis, Abu Dhabi, as wanted by the founding father, Sheikh Zayed bin Sultan Al Nahyan, may God rest his soul.

" He added, "It is an amazing architectural masterpiece, and a lofty global Islamic edifice in which we find our past and present, an inexhaustible message of peace, and a worthy reminder of the legacy of a high-class Arab leader."