President confirms commitment of presidential council to its pledges 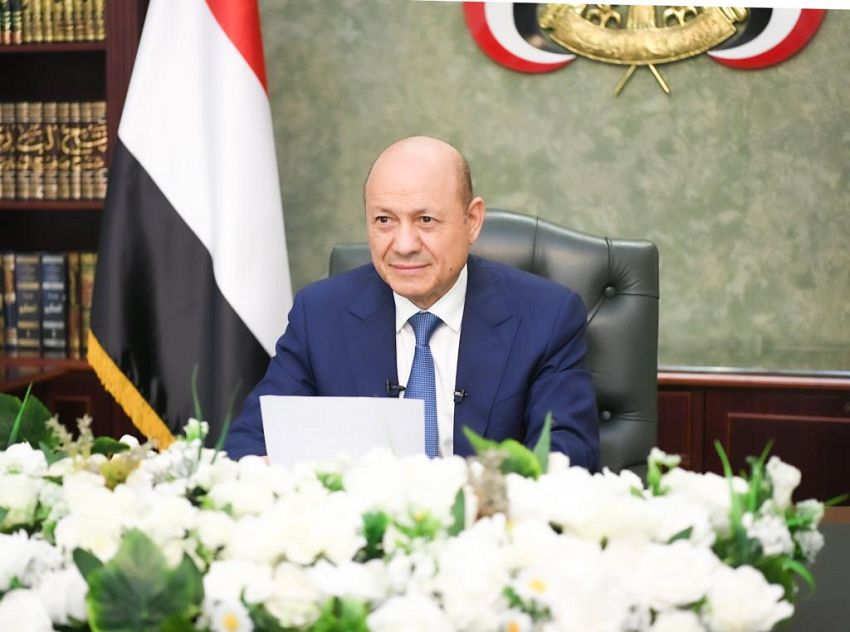 Aden-Saba
His Excellency President Dr. Rashad Mohamed Al -Alimi, Chairman of the Presidential Council affirmed the council’s commitment to its pledges in terms of economic and service reforms in the temporary capital Aden, and other governorates.

He also affirmed in an address to the nation on the advent of Eid Al –Adhaha occasion that the council is keen to protect the broad national consensus, work in the spirit of one team, and to follow the basis of partnership to resolve all the issues on the table.

He said, "The security stability is still a maximum collective priority, and that the efforts of the council and the government to alleviate the suffering of citizens will come soon with the entry of a package of projects funded by the Kingdom of Saudi Arabia."

He praised the position of the brothers in the Coalition to Support Legitimacy led by the Kingdom of Saudi Arabia and the United Arab Emirates, along with the Yemeni people and their political leadership, and their right to restore state institutions and achieve security and stability in the country.

His Excellency expressed his hope that the upcoming Arab American summit, which will be hosted in the city of Jeddah this month, will lead to the implementation of international decisions and the events of the international transformation required towards the just Yemeni issue.

He said, "We have issued directives to the government and all the relevant authorities to accelerate the procedures for establishing a fund for oil derivatives worth 900 million dollars, provided by the brothers in the Kingdom of Saudi Arabia and the United Arab Emirates, at a time when the Central Bank has fulfilled its procedures and reforms necessary to use the Saudi -Emirati deposit, whose value is $ 2 billion. On this occasion, we affirm .. our full commitment to the path of economic, service, and institutional reforms, combating corruption, enhancing the values ​​of transparency and accountability, and we warn all parties against the abuse of power, or neglecting the duties of the service of citizens."

He said, "Starting with our pledges on the path of peace, you have seen how our teams and our diplomacy continue to reveal the real face of the militia, and its position rejecting all good endeavors to peace."

He said the government will not neglect the popular will, national constants and terms of references for reaching a comprehensive solution.

He said, "security is a maximum collective priority, and we have made important progress on this arena by forming military and security committees, and preparing professional perceptions related to rebuilding these national institutions in accordance with the approved standards, and this includes special attention for combating terrorism and organized crime."
"We have been keen to regularly pay the salaries of all public service employees, the men of the armed forces and security, and the popular resistance in the areas of the legitimate government, the displaced people in them, diplomatic missions, and our students who are pursuing studies abroad, along with our sincere endeavors to find the processes to pay public employees' benefits in the areas controlled by the Houthi militia, stressing that this militia should fulfill its severe obligations to the UN envoy, foremost among which is to stop using the economy as a devastating war tool