Argentina wins the 2022 World Cup after defeating France
The Argentine national team was crowned champion of the Qatar World Cup 2022 after defeating its French counterpart, by penalty shootouts, by four goals to two in the match that brought them together, this evening, Sunday, at Lusail Stadium, after the end of the original and extra time, in a positive tie with three goals for both teams.
Last Update: ، 2023/01/29 Time 03:19:18
Latest News:

WHO interventions in Marib discussed 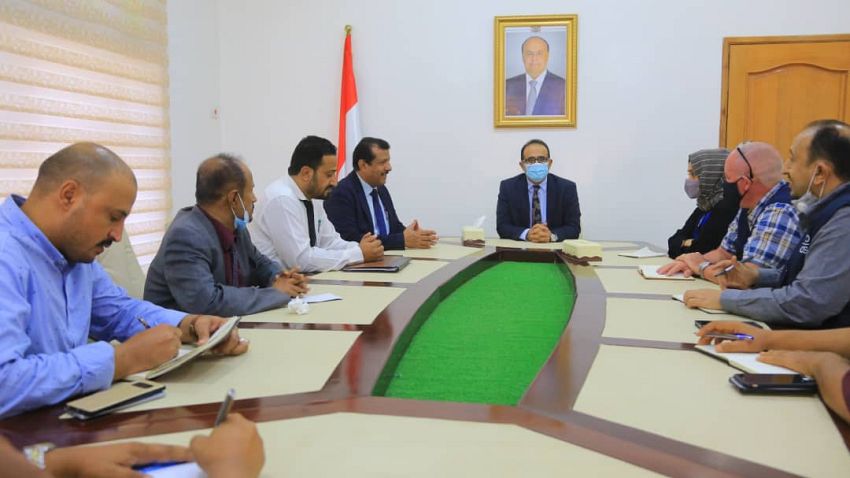 MARIB - SABA
The Minister of Public Health and Population, Dr. Qasem Behiebeh, discussed today in Marib with the emergency team of the World Health Organization headed by Dr. Sarah Halima, the humanitarian interventions of the organization in the governorate and the programs it supports related to emergencies, laboratories, surgery and drug supplies.

The organization's team briefed the minister on the nature of their visit to the governorate, which aims to assess the level of activities supported by the organization and to develop plans for a program of treatment of injuries and critical care, and to help raise the capabilities of health workers.

The team leader explained that the WHO seeks to improve the accident care system in the governorate, build a continuous system to care for the wounded such that the system will be effective for years, and build the capacity of staff to raise the quality and efficiency of the service provided to make Marib a role model.

She emphasized that the health sector in Marib governorate has extensive experience to deal with in the field of injury, this facilitates the construction of a continuous and effective system for the care of the injured.

The Minister referred to the Ministry's efforts to meet the governorate's needs with medicines and medical supplies, pointing out the governorate's strong need to establish a burns department as part of a medical emergency, in the absence of this specialized service for cases with burns.

He stressed the need for rehabilitation and training programs for medical staff, including doctors and technicians
The Minister of Health noted the importance of the role of the World Health Organization in assisting the health sector in Marib to establish an emergency and disaster response plan, especially in light of the continuing war waged by the Iranian-backed Houthi militia on the province, which is crowded with displaced people and host communities