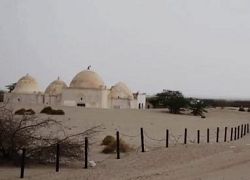 GENEVA-SABA
The Yemeni Alliance for Monitoring Human Rights Violations has confirmed that it monitored 455 torture cases committed by Houthi militia in the period between September 2014 and December 2018, most of them in Sana'a's prisons.

In the symposium organized on the sidelines of the 42 Round of Human Rights Center held here Monday in cooperation with the International Federal for Yemeni Communities, the center pointed out that 170 victims including nine children, two women and six aged died under torture. Ali Abdullah al-Ammar, from Hodeida, the last aged person died in Houthi Hodeida's prison.

He cited Journalist Anwar al-Rakan who died two days after releasing him from Houthi militia's prison in Taiz.

He called the UN to shoulder its humanitarian responsibility for stopping Houthi militia crimes against civilians.

The Head of German-Yemeni Forum for Rights and Freedom Khaled al-Afif pointed to torture ideologies adopted by Houthi militia for terrifying and subjecting Yemeni society rejecting its sectarian ideology.

He confirmed that the militia willingly terrified civilians in its prisons and then released them in terrible cases casting them in public roads or hospitals.

She pointed out that Women Alliance for Peace has monitored 303 kidnapping cases and 44 forcibly disappearance against women committed by Houthi militia and that 288 women are still in Houthi detention cells and are subjected to torture and humiliation.

She demanded the international community to stand firm towards women suffering in Houthi prisons, take quick measures for releasing all female prisoners, disclosing the fate of the forcibly disappeared women and punishing those who committed all these crimes against women.