Argentina wins the 2022 World Cup after defeating France
The Argentine national team was crowned champion of the Qatar World Cup 2022 after defeating its French counterpart, by penalty shootouts, by four goals to two in the match that brought them together, this evening, Sunday, at Lusail Stadium, after the end of the original and extra time, in a positive tie with three goals for both teams.
Last Update: ، 2023/01/29 Time 06:44:04
Latest News: 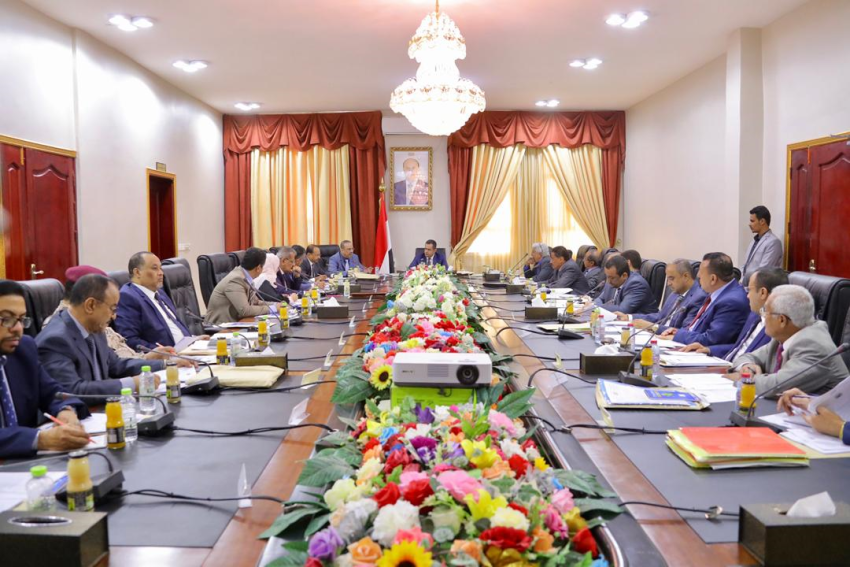 ADEN-SABA
The Cabinet discussed in its regular meeting on Thursday a number of political, military, service and development issues and ministries' accomplishments and following up service projects being carried out in a number of vital sectors in Aden and liberated provinces.

The Council of Ministers also discussed developments on implementing Stockholm agreement, which stipulates on withdrawal of Houthi militia from Hodeida City and its ports and their basic facilities, as well as continuation of Houthis' breaching of all Sweden agreement's articles to fail UN efforts for peace.

Prime Minister Ma'eenAbdulmalik reconfirmed that the government will work hard in accordance with financial and administrative reform programs embarking from its national responsibilities for defending all state institutions and will not allow sabotaging public interests.

He confirmed continuation of military operations- with support of the Arab Coalition- to realize more victories against Houthi militia in all battlefields and liberating the rest of Yemeni provinces and building the federal state on the rule of law and equal shares of power and wealth.

He confirmed support of the Arab Coalition for resumption of oil investments for providing the national economy with income and enabling the government to perform its tasks as demanded.

He also confirmed boosting the role of the government for controlling the financial and administrative performance in all the state's institutions and strengthening transparency principle in making reports to the prime minister to be raised to the president for taking necessary decisions.

He pointed to permanent keenness of the government on reforming the state institutions, authorities and bodies and revising the annual reports for ensuring having clear mechanism and track to deal with donors for adopting reconstruction programs ensuring economic recovery, commencing reconstruction and the inclusive development, as well as rehabilitating infrastructure, basic services, humanitarian activities and social care.

For his part, Deputy Prime Minister, the Minister of Interior Ahmad al-Maysary provided short report on the security situation in Aden and other liberated provinces.

He touched upon ongoing preparations for implementing anti-military appearances in Aden and confirmed stability in all districts.

The cabinet studied also Chief of Staff's report on military situation across the battlefields and Houthi continuation of shelling neighborhoods in Taiz Province and continuous efforts of demining in different areas.

It also discussed reports on power shortage, visits of planning minister to the State of Kuwait and Kuwaiti donation for reconstructing affected areas and report on the situations of Yemeni emigrates.

The Council of Ministers stressed making reports on ministers and officials' achievements in 2018 and making priority plans to 2019 and handing them over to the council's general secretariat.