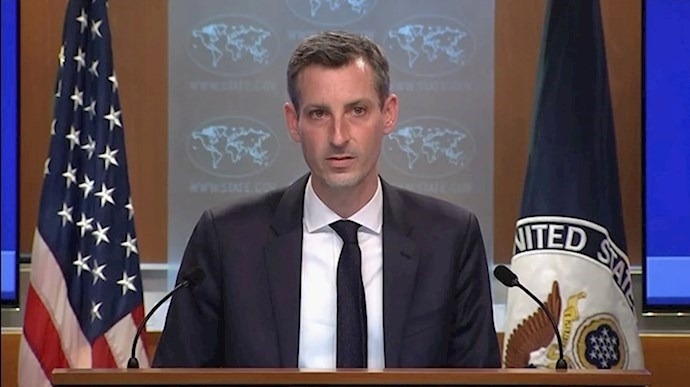 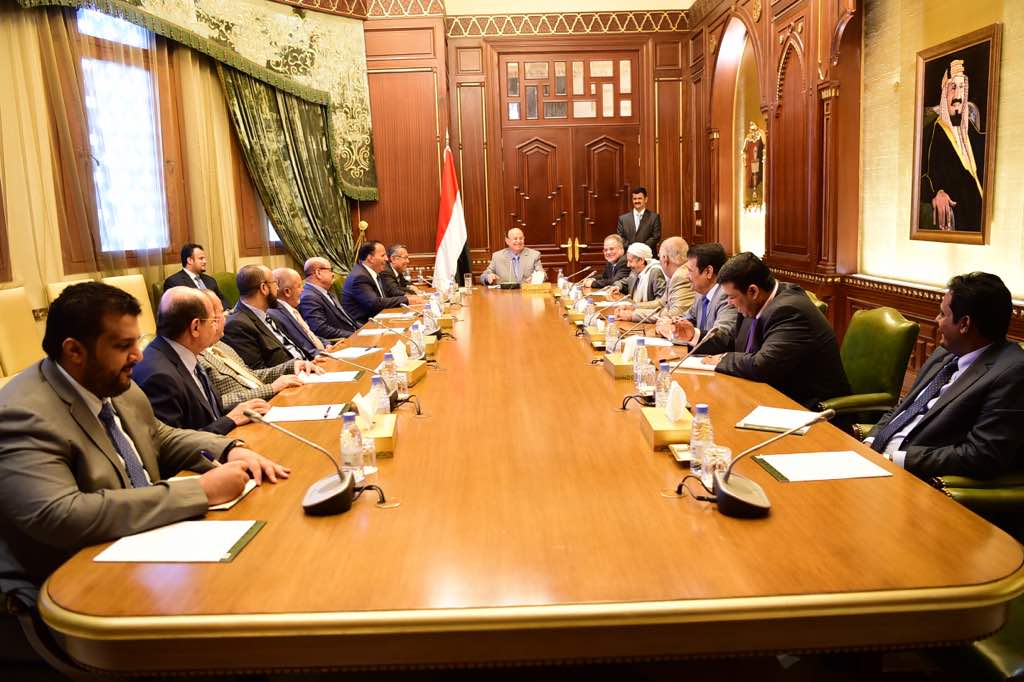 RIYADH-SABA
President Abdo-Rabbu Mansour Hadi presided over a meeting on Saturday for his advisors and Prime Minister bin-Daghr and Deputy Prime Minister Jubari and discussed with them his fruitful meeting with Saudi Crown Prince Mohammad bin Salman.

President Hadi mirrored Keenness of Saudi Arabia and of its crown prince on continuous support to Yemen in fields of economy, development, reconstruction, realizing peace and stability and other fields.

He confirmed that solutions for a number of issues led by supporting the Central Bank of Yemen with USD two billions as financial deposit for boosting local currency and securing power fuel for a complete year. This will help achieving economic stability in cities and provinces.

He pointed out the Crown Prince's confirmation that the kingdom has allocated funds for reconstruction and maintaining infrastructure of education, health, roads, power, water and others to start from January 2018.

President Hadi issued directives to the government to make plans and programs to include practical implementation for development plans supported by Saudi Arabia.

President Hadi praised sacrifices and heroic acts made by affiliates of the National Army and popular resistance in different warfronts, stressing on double efforts by the state's institutions to restore the state and putting an end to Houthi-Saleh's coup.

"Our aims are clear and our track is defined by the national consensus and peace references based on the GCC Initiative, the outcomes of the National Dialogue Conference and relevant UN resolutions led by Resolution 2216," said President.

President Hadi, his advisors and prime minister and his deputies thanked the Custodian of the tow Holy Mosques King Salman Bin Abdul-Aziz and his Crown Prince Mohammad bin Salman for their generous support to Yemen in all domains.

The meeting strongly condemned the campaign targeting government's efforts in Aden and liberated areas, calling for support from all parties to the government for achieving its objectives.

They all confirmed that a new phase of development, stability and getting rid of rebellion and restoring the state is waiting the new federal of Yemen.