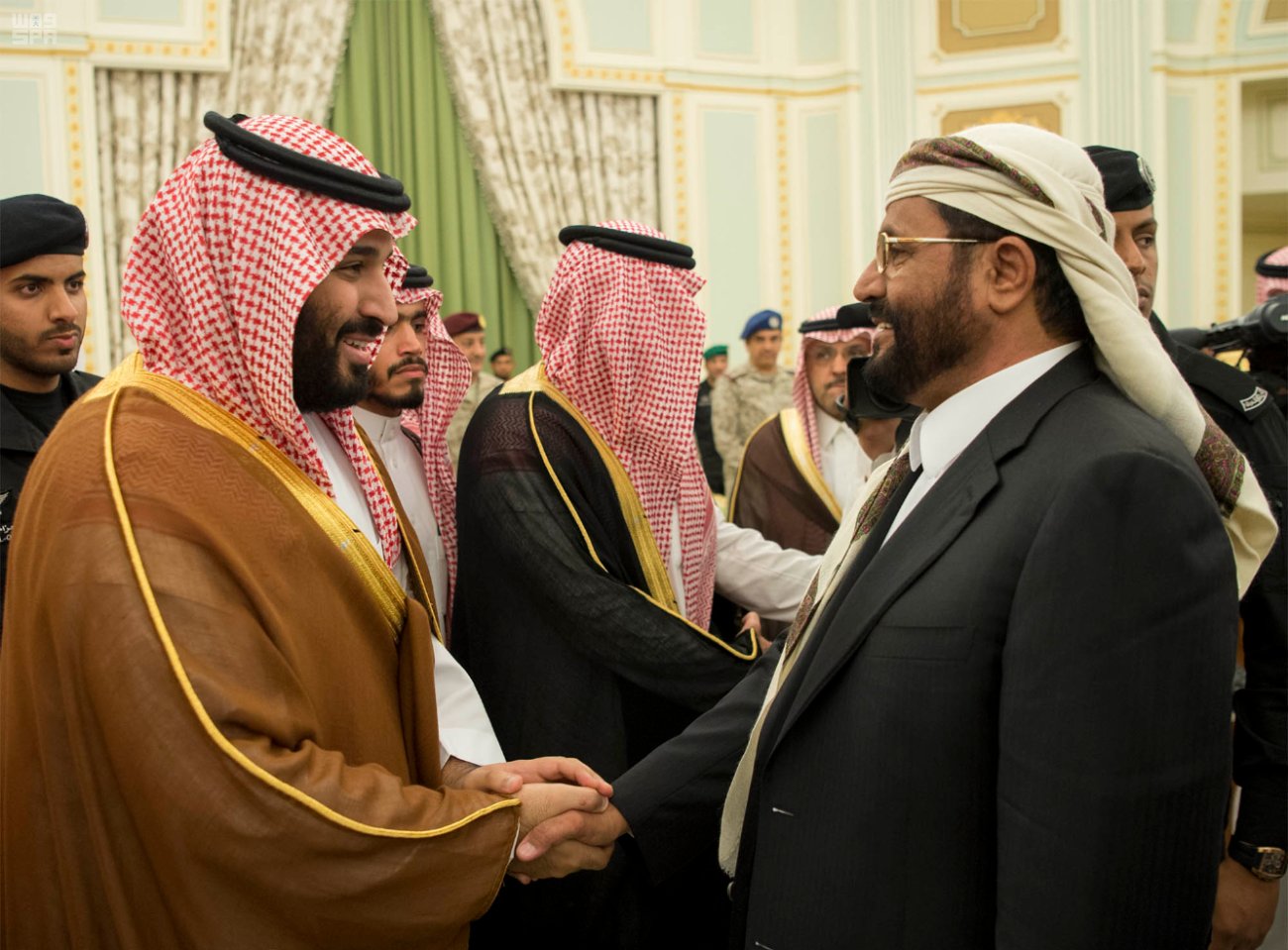 "It is the origin of Arab and Arab roots and our origin and customs belongs to Yemen," he said, adding the greatest mistake made by the enemy was trying to harm the depth of Arab and its roots, the Republic of Yemen. "This is what provoked Arab World to be on alert and the table was capsized on in recent year and half not only in Yemen but also across Arab and Islamic world."

He praised Yemeni men as saying they do not need help from their Arab brothers, if they are mobilized and stand firm, they will beat the enemy. But we, your brothers in Saudi Arabia, Gulf countries, Egypt, Sudan, Jordan, Morocco and the rest of Arab and Islamic world cannot see Yemeni man firmness without being in his side, he said

"We are with you in every pace to the last day of our life, as we were in the past and be in the future," he stressed.

He highlighted victories realized by the national army and people resistance in liberating governorates till they reached Sana'a's entrances.