Argentina wins the 2022 World Cup after defeating France
The Argentine national team was crowned champion of the Qatar World Cup 2022 after defeating its French counterpart, by penalty shootouts, by four goals to two in the match that brought them together, this evening, Sunday, at Lusail Stadium, after the end of the original and extra time, in a positive tie with three goals for both teams.
Last Update: ، 2023/02/04 Time 08:10:41
Latest News:

Human Rights: Towahi genocide will not forgotten by prescription 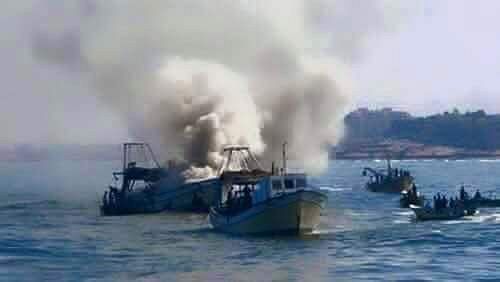 Aden, (Saba) - The Towahi Genocide, took place in Aden two years ago, will not be forgotten and Houthi-Saleh's militias and their leaders, who committed the crime, will get their just and due punishment sooner or later, Yemen's Ministry of Human Rights has said.

The crime coincided many similar genocides the militias committed in Aden and Taiz.

"The ministry, while it commemorates the second memory of Towahi genocides, it witnesses the killer is still practicing killing more savagely than before, using civilians as human shields and practicing different forms of violations against civilians; kidnapping, illegal arrest, torture, forcibly disappearance, looting public and private funds, terrifying women and children and monopolizing humanitarian relief and assistance for financing his war against civilians," the release went on.