Al-Zaori discusses with NDI joint cooperation issues
Minister of Social and Labor Affairs Mohammad al-Zaori discussed Monday with the Delegation of the American National Democratic Institute for International Affairs enhancing cooperation and efforts of the government in tackling different critical issues and files.

Argentina wins the 2022 World Cup after defeating France
The Argentine national team was crowned champion of the Qatar World Cup 2022 after defeating its French counterpart, by penalty shootouts, by four goals to two in the match that brought them together, this evening, Sunday, at Lusail Stadium, after the end of the original and extra time, in a positive tie with three goals for both teams.
Last Update: ، 2023/02/07 Time 11:16:57
Latest News: 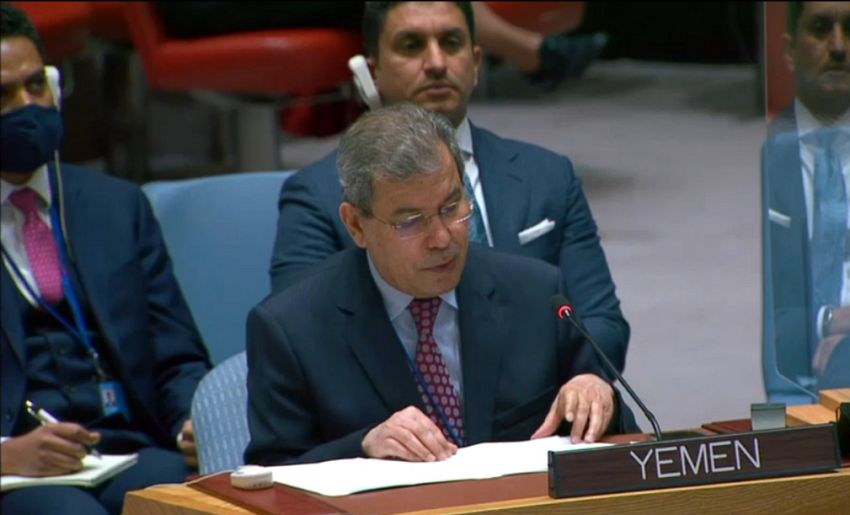 NEW YORK-SABA
The Yemeni Government said by opting for unprecedented escalation and rejecting to renew the UN-brokered truce the Iran-backed Terrorist Houthi militias have openly blocked the UN-led peace efforts, goes on its terrorist operations inside and
outside Yemen. by doing so the militias proved to have no desire to make peace, disregarding the Yemeni peoples' suffering.

This position puts the security and stability in Yemen and the region at stake, entirely eliminates the peace efforts.

Yemen's Permanent Representative to the UN Ambassador Abdullah Assa'di made the government's statement at the open session of the International Security Council about the status quo in Middle East (Yemen) held today, Wednesday.

He reiterated the commitment of the Presidential Leadership Council to the comprehensive peace approach based on the agreed to terms of peace including the GCC's Initiative, its executive mechanism, outcomes of the National Dialogue and the UNSCRs namely 2216.

Assa'id blamed the Houthi militias for rejecting to renew the truce which the exhausted Yemenis are desperately looking for.

He stated that while the Presidential Leadership Council has been very keen to extend the truce to alleviate the Yemeni peoples' suffering, the militias is seeking to spoil the benefits made for the Yemeni people over the previous six months, went on targeting the nation's infrastructure and economic facilities in an intentionally war-crime.

He cited the militias' terrorist attacks on oil terminal ports of al-Dubba and Annoshiama in the two governorates of Hadramout and Shabwa over the recent weeks, repeating its aggression on 21 November, 2022 by Iran-made drones attack on al-Dubba oil port in Hadramout while an oil tanker was docking at the port.

Assa'di added that the militia's terrorist attacks on the oil terminal ports have led to cessation of the ports' exports which are crucially important for the Yemeni peoples' livelihood. He said" The militias have deliberately targeted the oil facilities to indulge the country in an overwhelming economic and humanitarian crisis, disrupt the economic and services reforms the Presidential leadership and government have embarked on".

He cited the militias' grave violations and atrocities against human rights and freedoms including banning women travel abroad and between the Yemeni cities without chaperone, imposing the so-called" Occupational Code of Conducts" upon civil service' employees to force the civil staff to embrace the militia's racist-sectarian ideology, or to be dismissed.

Ambassador Assa'di stated that it is high time for the international community and International Security Council to bear its responsibly, take firm measures against the militias' dangerous escalation to stop its terrorist threats and actions aiming to prolong the conflict in Yemen, threaten regional and international security and stability.

He noted that the Houthi militias have caused the killing and death of some half a million Yemeni among them women, children, displaced as many as five million internally and abroad, planted millions of landmines, recruited thousands children in its ranks.