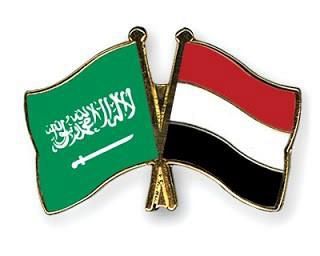 ADEN - SABA
An authoritative official source in the Presidential Leadership Council said the brethren in the Kingdom of Saudi Arabia (KSA) agreed to adopt a fast-track to absorb the Saudi-Emirati finances estimated at three billion and 300 million USD, commencing with a package of developmental projects and oil shipments to operate government-owned electricity generate stations.

The statement noted that His Excellency President Rashad al-Alimi, Chairman of the Presidential Leadership Council (PLC) received today, Thursday, in his residence in Riyadh the Vice Minister of Defense in the Kingdom of Saudi Arabia (KSA) His Royal Highness Prince Khaled bin Salman bin Abdulaziz.

The PLC's members Sultan al-Erradah, Abdullah al-Alim and Othman Mujalli were in presence."
Prince Khaled bin Salman conveyed the noble directives of the Custodian of the Two Holy Mosques King Salman bin Abdulazia and His Crown Prince, His Royal Highness Prince Mohammed bin Salman about endorsing a plan for the urgent developmental intervention in Yemen.

Under the urgent paln, the brothers agreed to support a package of developmental projects with total cost $400 million in addition to 200 million to secure fuels of the government-run power stations in the government-held governorates.

The plan includes 17 developmental projects and programs in 6 crucial sectors as follow:
First the: Endorsement the proposal of the urgently needed developmental projects:
The Saudi Program for Development and Reconstruction Yemen (SPDRY) is launching a package of the crucial projects that serve all governorates, with giving priority to the temporary capital Aden, the sector include ( energy, transport, education, water, health and building the state's institutions).

Third: Sustainable oil derivatives fund:
The Yemeni government and all authorities in charge in the Republic of Yemen are urged to accomplish the procedures about the oil derivatives fund with total amount ($900) million the Kingdom of Saudi Arabia pledged ($600) and United Arab Emirates pledged $300).

Fourth: Deposit into the Central Bank of Yemen CBY):
The CBY is ordered to accelerate necessary reforms to use the Saudi-Emirati deposit totaling ($2bllion) in order to transform the funds into the CBY' account.

High committee will be created to follow-up the implementation of this urgent plan.