Argentina wins the 2022 World Cup after defeating France
The Argentine national team was crowned champion of the Qatar World Cup 2022 after defeating its French counterpart, by penalty shootouts, by four goals to two in the match that brought them together, this evening, Sunday, at Lusail Stadium, after the end of the original and extra time, in a positive tie with three goals for both teams.
Last Update: ، 2023/02/02 Time 01:29:07
Latest News: 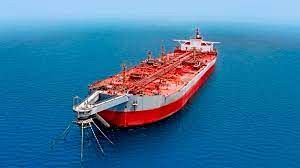 MARIB-SABA
An international study by the Swiss ACAPS, Catapult and Riskaware companies revealed that in case that the coastline of Yemen’s Red Sea and of its neighbouring countries is at risk of an environmental disaster that could happen any day – with substantial humanitarian and economic impacts.

It is increasingly likely that there could be an immense oil leakage from and/or an explosion of the FSO Safer, a floating storage and offloading unit anchored in the Red Sea, 60km north of the port of Al Hodeidah.

According to the study If disaster strikes, the Safer could release four times the amount of crude oil that was spilled in the Exxon Valdez catastrophe of 1989 (UNEP 16/07/2020), which had major impacts on the environment and on people and their livelihoods in affected are up to 1.6 million people’s livelihoods could be impacted by the spill and subsequent cleanup operations, through damage to coastal industries and factory and port closures, as well as damage to fisheries and marine resources.

The study indicated that the if Safer potential disaster occurs the operations of Al Hodeidah and Saleef ports would be affected. The ports would likely have to close for two to three months, limiting fuel and food imports and putting the jobs of port workers at risk

The study warns of an affordable economic high costs and loses if the disaster strikes. It stated that fisheries operations will be disrupted: 50% of fisheries would likely be blocked from fishing by the oil spill. The livelihoods of 31,500 fishermen would be at risk, and 235,000 workers in the fishing and related industries (ice making, packaging, and transportation) could lose their jobs.

The spill would presumably have devastating impacts on the livelihoods of fishermen, workers, and their families, in an industry in which 21% of fishing communities are already considered poor and 71% very poor.

Adding to that fishing industry will be seriously affected and incurred up to USD 750 million – USD 30 million per year for 25 years. Not to mention the high general impact and cleanup costs: estimated cost of cleanup – USD 20 billion.

A release of oil into the water would have far greater and longer-lasting impacts than the release of particulates through fire.