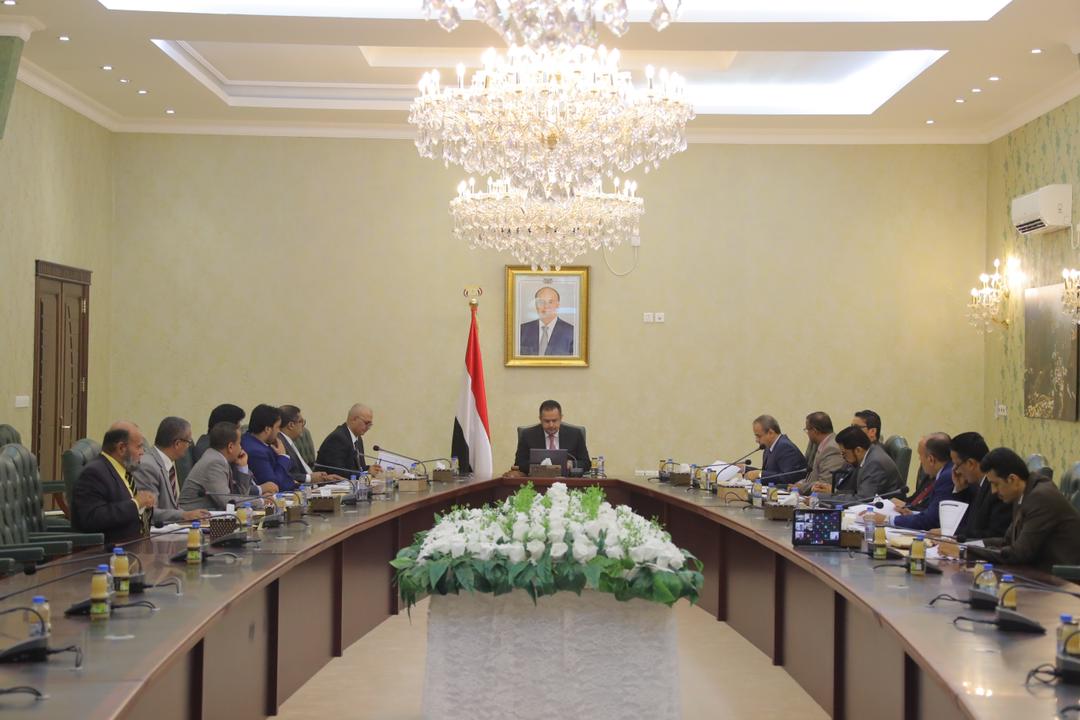 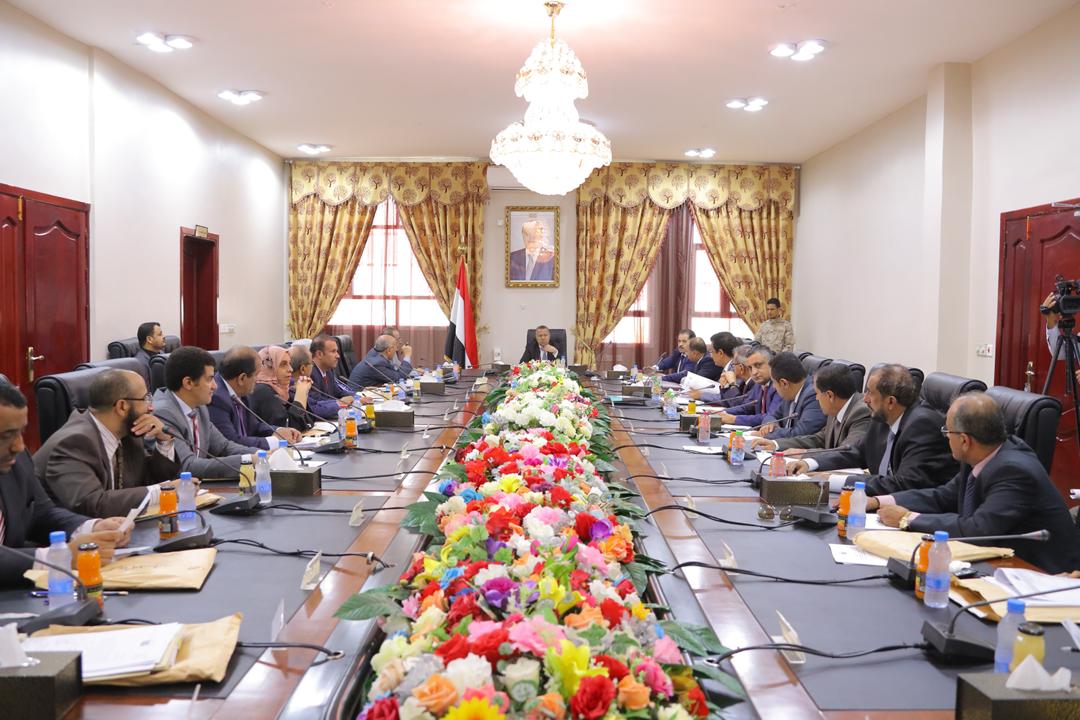 ADEN-SABA
The government stressed that the political solution in Yemen should be based on the three basic references represented by the Gulf Initiative and its executive mechanisms, the outcomes of the comprehensive national dialogue conference and the resolutions of the Security Council in support of legitimacy, in particular resolution No. 2216.

In a statement received by the Yemeni news agency Saba, the government expressed its deep concern about the continuation of the Huthi terrorist militia in violation of UN resolutions and the violation of international laws and customs.

"In our belief in our national duty to protect the Yemeni people and ensure the unity and territorial integrity of Yemen, the Yemeni forces are ready to liberate Hodeidah and the rest of the Yemeni territory," the government said in a statement. "We continue to support the efforts of the UN Special Envoy to Yemen Aimed at pushing the Huthi militia to withdraw unconditionally and push forward the negotiation process. "

"Any cease-fire efforts will not succeed and will be thwarted by the intransigence of the Huthi militia to carry out a complete withdrawal from Hodeidah and the rest of the Yemeni provinces, especially as these militias have been reluctant to abide by any ceasefire agreement during the previous negotiations," the government said.

The statement added that the liberation of Hodeidah comes as part of the government's commitment to protect Yemen and its people from the repeated attacks by the Huthi militia on the Yemeni state, its people and institutions, and to enable the political solution led by the United Nations based on the three references. He said that the liberation process aims to break the deadlock and disrupt the efforts of the United Nations. Which was caused by the Huthi militia in an effort to stabilize its aggression by prolonging the war.

The statement stressed that the Yemeni forces are seeking to move to liberate Hodeidah to spare the city and its inhabitants from any abomination and to preserve the basic relief structure of the city and the port. As well as from the port of Salif.

The Government pointed out that the full and unconditional withdrawal of the Houthi militia from Hodeidah, its harbor and the port of Salib is the basis for initiating the steps of the United Nations-led political process, taking into account the compromising and hampered approach of the Houthi policy and actions throughout the crisis in Yemen based on Iranian support with expansive ambitions.

The Government expressed serious concern at the serious and irresponsible practices and violations of Houthi and its people by the Houthi militia, including the widespread and irresponsible use of mines of all kinds, the use of civilians as human shields, the cutting of roads and water sources, the deployment of militants in residential neighborhoods and the recruitment of children into their militias Without taking into consideration their innocence and modernity of their age ..Confirming that the path of political solution begins with the unconditional Houthi withdrawal from Hodeidah and spare civilians the mess of militias and their weapons.