PM: Nobody can stand at this moment in grey spot between hold his country together and portioning 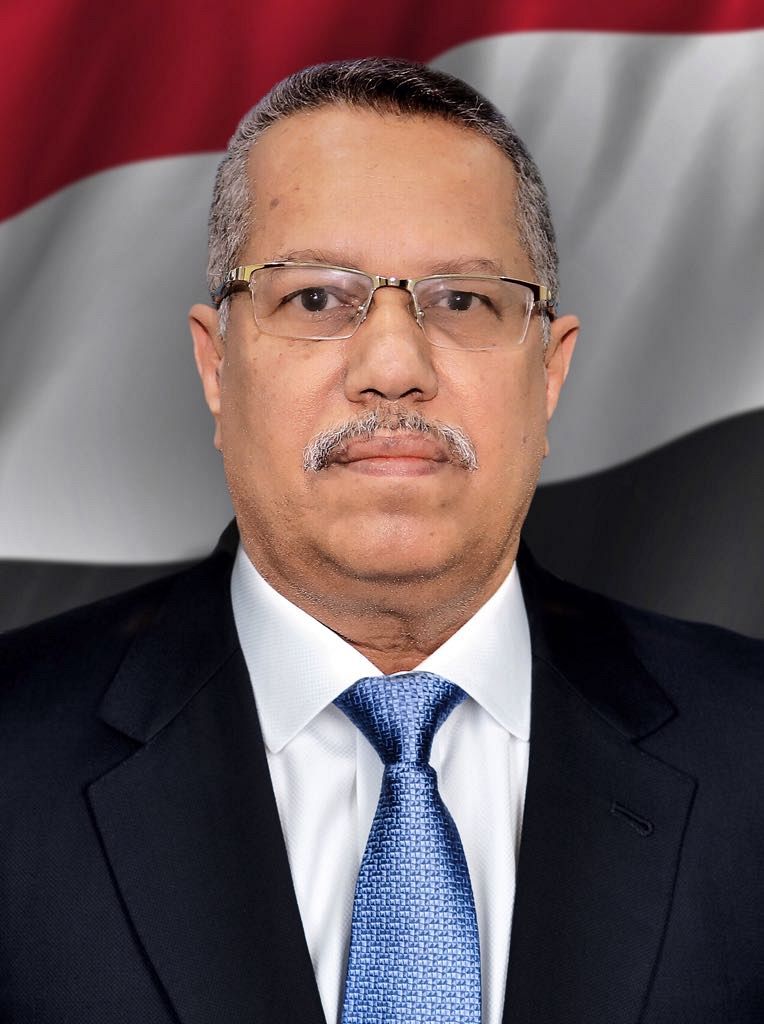 ADEN-SABA
Prime Minister Dr Ahmed Obeid Bin-Dagher said:" Arabs' sacrifices in blood and treasures in Yemen should not end up in portioning Yemen as this is as grave crime as Houthis' in Sana'a. No noble person in Yemen should keep silence on the ongoing escalations and practices in Aden that amount to the utmost degree of danger risking the security of Aden and its populations, Yemen's security and unity, with absence of the national will.

In Sana'a the coup d'état against the Republic has been established, and here in Aden a coup is in progress against the legal authority and the proposal of the Federal Yemeni State. Yemen is fragmenting because we keep silence, don't shout out and don't dare to say truth".

The Prime Minister added:" Iran seeks to enhance its presence in Yemen through Houthis, with partition we give it third of the land and 3/4 of the population to rule them and employ them to serve its agenda. Practices by some of us against legal authority will play into the hands of the enemy, pose an existential threat to Arab and regional security and Houthis will be one more problem in Arab world further blistering its wounds" .

Bin-Dagher stated that the Arab integrated stance, honesty and clarity as it is manifested in the position of the Saudi Arabia Kingdom and that is what we do hope of and sincerely expect of the United Arab Emirates' stance and all Arab Coalition member states'. We do hope that they are going to deal firmly with the crisis in Aden which is gradually moving toward full-out military confrontation. Arab Coalition's constructive intervention is prerequisite to manage the crisis and precondition to save Yemen from portioning.. Refraining from irresponsible practices in Aden is a must, otherwise that is to be direct favor to Houthis, Iran and their allies in the region.

The Prime Minister demanded an immediate stop of clashes, armed forces must return back to their own barricades. Then, going back to dialogue between the parties to the ruling in Aden, our allies shouldn't accept to eliminate the legal authority which asked the Arab Coalition to fight the battle against the Houthis.. referring that would be a disaster if it occurs. For the government, any wise person who loves his own people can never accept the post of premiership or to stay in at the expense of the Yemenis' bloods, whatever their political constituencies, regions and attitudes are.

Bin-Dagher said:" They had failed to instigate Aden's population against the government through destroying services and salaries. Basic services were reestablished, salaries were paid. Then, they sought to topple the government by damaging the Yemeni Rial, but they failed, thanks to Saudi Arabia Kingdom that deposited $2billion in Yemen's treasury.

Today, they have moved militarily, establishing new military check points, launching attacks on the legal government military sites. This is very dangerous matter. Arab Coalition need to move to save the situation.. It is up to them alone, we in the government believe that hope is hinging on the United Arab Emirates. It has the upper hand and the decision in the interim capital Aden".

Dr Bin-Dagher added:" They didn't like to see the government success in regaining the state's institutions, carrying out several projects.. So, they opted for false claim of corruption, devoted huge resources to achieve their own objective: throw down the legal leadership and government".

". The Prime Minister went on saying:" Today, nobody can stand in the grey area between holding his own country together and portioning. We can't keep silence on the hammers of destruction that target a legal government. It is forbidden for a Yemeni to kill his own fellow Yemen…. Armed confrontations should stop immediately".