PM returns to Aden following a visit to Riyadh 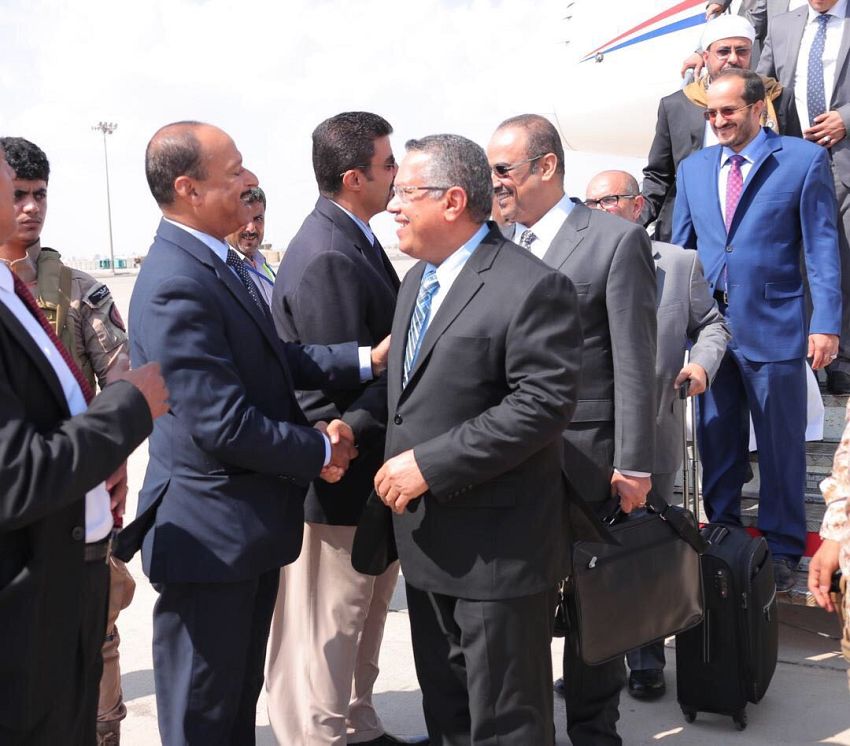 ADEN-SABA
Prime Minister Ahmed Obeid Bin-Dagher returned Friday to Aden, interim capital, accompanied by a number of his government's members after his visit to Saudi Arabia Kingdom during which he met with the President of the Republic and the Vice President.

In his meetings with the President and Vice President Bin-Dagher briefed the two leaders on the latest developments in the liberated provinces.

The prime minister also met in Riaydh with a number of ambassadors of Arab and friendly countries. His talks with them focused on the recent developments in the Yemeni national arena, mainly in Sana'a the wake of killing the former president Ali Saleh and atrocities have been committed by the militia against many leaders of the General People Congress.

The prime minister gave statement to the Yemeni News Agency (Saba) in which he affirmed that the government will go on the efforts it has started in 2017,…It will work on reinstating basic services and reconstruction process.

Bin-Dagher reiterated his call on all people to align themselves behind the President of the Republic to counter the danger of Houthi militia, Al-Qaeda and help Yemen to get rid of current dilemma.