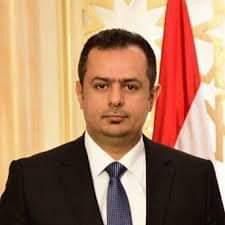 PM directs for immediate tackling to reduce the repercussions of flood on IDPs in Marib
Prime Minister Dr. Maeen Abdulmalik directed the Executive Unit for the Management of IDPs Camps, in coordination with the local authority in Marib Governorate and humanitarian partners, to implement immediate remedies to reduce the effects of the repercussions of the torrential rains that swept the IDP camps and caused great material and human damage. 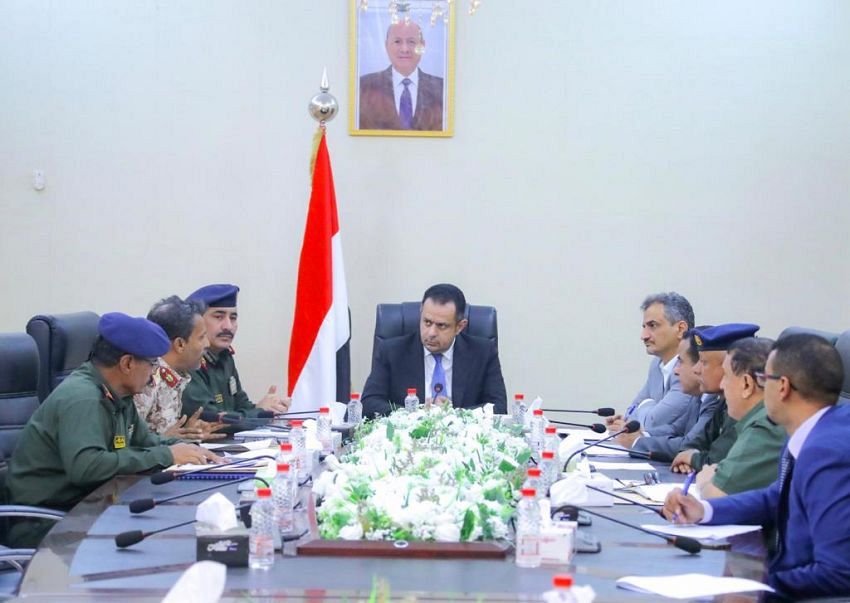 Aden – Saba
Prime Minister Dr. Maeen Abdul-Malik chaired today a security meeting to discuss the level of coordination and integration of plans between the various security services and local authorities to confront terrorist plots and sabotage acts in the temporary capital Aden and the liberated governorates, and to enhance security and stability.

The meeting was briefed on security deployment plans, securing the movement of citizens and movement between governorates and combating any form of interruption, in addition to reports on the security situation in light of recent developments and efforts made to enhance the role of the security services to carry out their duties and tasks.

The meeting followed up on the results of the preliminary investigations into the terrorist act that recently targeted the director of security for Lahj Governorate in Aden and claimed the lives of a number of innocent victims. The meeting prayed for the souls of the martyrs, asking God to grant a speedy recovery to the wounded.

The Prime Minister directed to urgently complete investigations and raise security preparedness and vigilance to confront such terrorist acts that target the security and stability of the temporary capital, Aden, and activate the coordinated intelligence effort to thwart them before they occur noting that the collaborators represented by Houthis and other terrorist organizations will try by all means and methods to target the security and stability of Aden and the liberated governorates should be noted and their plans should be aborted.

The meeting heard reports from the Ministers of Interior, Major General Ibrahim Haidan and the State, Governor of Aden Ahmed Lamlas, and Governor of Abyan, Major General Abu Bakr Hussein, on the latest developments in the security situation and joint campaigns to pursue the remnants of terrorist elements in Abyan and to control terrorist cells wherever they are found, pointing to aspects of the existing coordination between the security services and local authorities in enhancing security and stability and efforts to deal with the current challenges. Dr. Maeen Abdul-Malik affirmed the government’s support under the directives of the Presidential Council for all the efforts made by the security and military agencies to maintain security, stability and the safety of citizens and to ensure their freedom of movement.

He directed the governorates’ governors to redouble efforts and enhance coordination and integration with the military and security agencies to maintain stability, confront terrorist plots and control their elements.