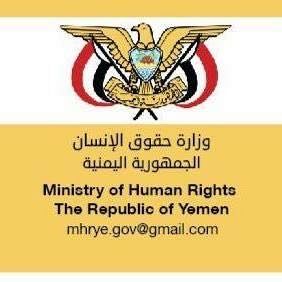 ADEN-SABA
The Ministry of Human Rights has made a new appeal to the international community to "act promptly to protect the civilians by pressuring on the [Saleh-Houthi] rebel militias to stop their systematic crimes."

The Ministry appealed in a statement it issued following the militias' killing of four people and injuring of 10 others, most of them children, by heavy shelling intoHawdh al-Ashraf neighborhoods in downtown Taiz.

The ministry said the shelling "is a serious violation of the international humanitarian law and a war crime against humanity that will not be barred by the lapse of time."

"The crime is committed in synch with the convening of the UN Human Rights Council's 36th session, a signal of defiance by these militias," added the statement.

The statement read: "This is not the first crime the coupists commit against the civilians in Taiz. But an episode in a series of shelling of highly populated neighborhoods by heavy and medium weapons almost on a daily basis for three years now. Add to that the oppressive siege laid around the city." The Ministry condoled the families of the martyrs.