Argentina wins the 2022 World Cup after defeating France
The Argentine national team was crowned champion of the Qatar World Cup 2022 after defeating its French counterpart, by penalty shootouts, by four goals to two in the match that brought them together, this evening, Sunday, at Lusail Stadium, after the end of the original and extra time, in a positive tie with three goals for both teams.
Last Update: ، 2023/01/29 Time 06:33:47
Latest News: 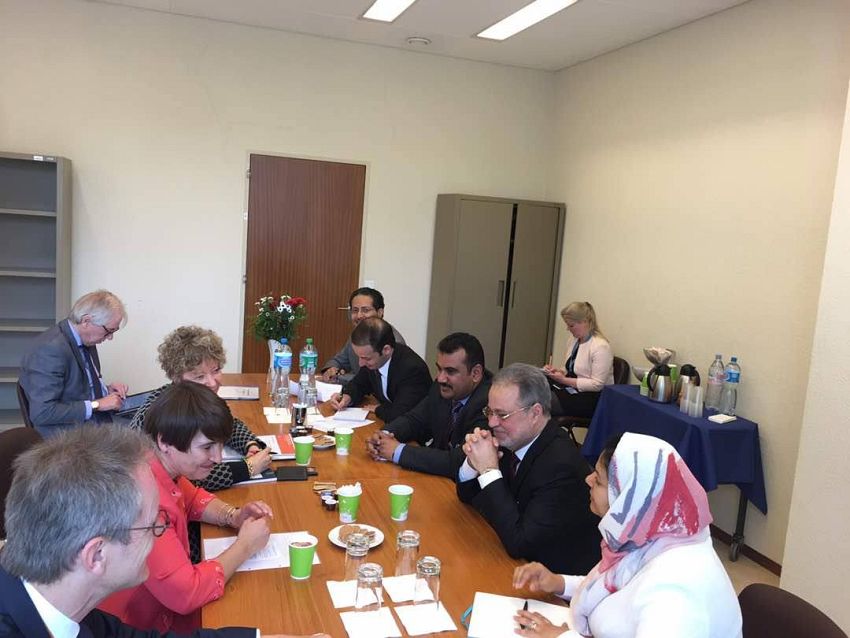 Humanitarian conditions have become miserable in Yemen and need international attention to stop suffering of the people over Houthi-Saleh's wars on the people, which is destroying the state and hampering people's livings, said al-Mikhlafi.

The government is doing its best to end suffering of the people whether in the government-held areas or others, he said.

He said that rebels (of Houthi-Saleh alliance) are hindering access of humanitarian aid, abducting relief shipments and seizing them for using them in their war efforts, a matter that deprives affected people.

He talked about militias'(of Houthi-Saleh's alliance) practices of kidnapping journalists and activists, prosecuting them quickly and sentencing them to death, citing the recent death verdict Houthi court issued against journalist Yahya al-Jubaihi.

He stressed that the government is seeking a a solution based on the three references; the GCC Initiative, the outcomes of the National Dialogue Conference and UN Resolution 2216.

For her part, Minister Lolmen confirmed that the Kingdom of Netherlands is partner to Yemen since long decades and that her country will continue support to the legal government and peace efforts.

"Netherlands government seeks activation of programs halted over the war and enhancing cooperation with the Yemeni government to serve common interests," she said.