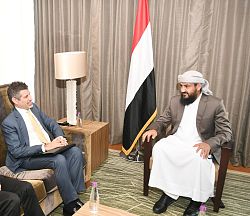 Al-Mahrami: We are ready to stop war if we find real partner in Sana'a
Member of the Presidential Leadership Council Abdulrahman al-Mahrami received Sunday US Ambassador to Yemen Stephen Fagen, discussing with him promoting coordination in field of regional security, fight against terrorism and banning weapons to terrorists.

Al-Sabri: The government continues to deal positively with the truce 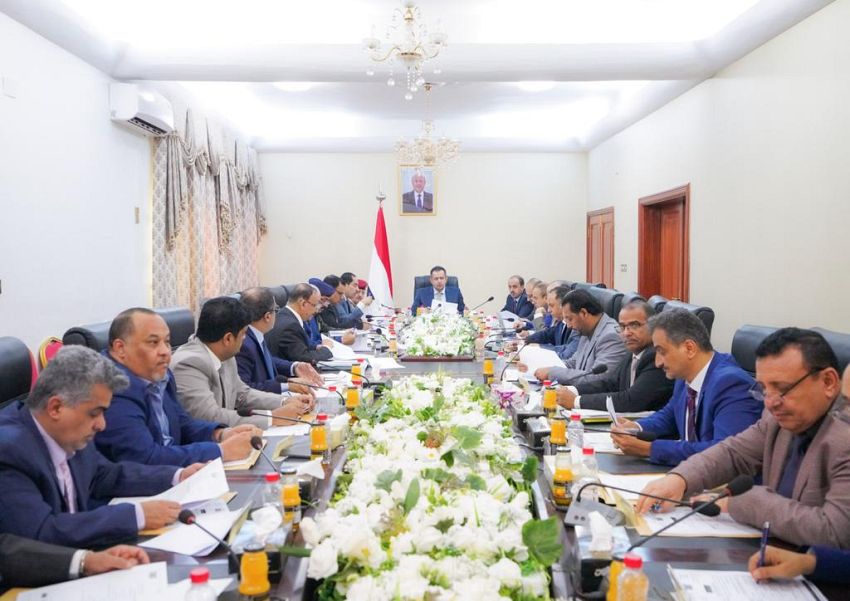 ADEN – SABA
The Council of Ministers, in a meeting headed by the Prime Minister, Dr. Maeen Abdulmalik in the temporary capital Aden today, addressed a number of current developments at the local and external levels in light of recent developments, and the efforts made to handle them, especially related to food security issues and improving services.

During the session, they discussed the overall general situation, economic, service and security issues, and assessed the level of procedures for the ministries and competent authorities' implementation for the recommendations and government decisions taken based on the directives of the Presidential Leadership Council, in order to achieve the desired goals.

At the beginning of the meeting, the Prime Minister gave a comprehensive briefing on the latest developments at the political, military, security, economic and service levels, and the importance of continuing and doubling government efforts during this stage in a way that meets the aspirations of citizens. He referred to the existing government moves to find alternative sources for importing wheat and the cabinet's correspondence with the exporting countries in this regard. , including the delivery of a letter to his Indian counterpart in this regard.

Dr. Moeen Abdul-Malik pointed out the government’s commitment to the directives of the President of the Presidential Leadership Council to support the peace process led by the United Nations and its keenness to make the UN truce succeed, implement all its requirements, and not accept the Houthi militia’s continued evasion of its commitments, foremost of which is lifting the siege imposed on Taiz, and allocating the port of Hodeidah revenues to paying the salaries of public employees, stressing the need to take a deterrent UN stance towards the Houthi militia's continued repudiation of its obligations under the UN brokered truce agreement and its indifference to the suffering of the Yemeni people.

The Prime Minister directed the Ministry of the Interior and the military apparatus to raise security readiness and vigilance to control stability, pursue terrorist elements wherever they are found and thwart their plans, stressing the continuation of efforts to build security and intelligence capabilities to combat terrorism in cooperation with Yemen's partners.

The Cabinet reviewed preliminary information about the results of the investigation into the terrorist bombing of a car bomb that targeted the car of the head of the joint operations of the Fourth Military District, Major General Saleh Hassan, in the Al-Mualla district in the interim capital, Aden, and did not result in any human losses.