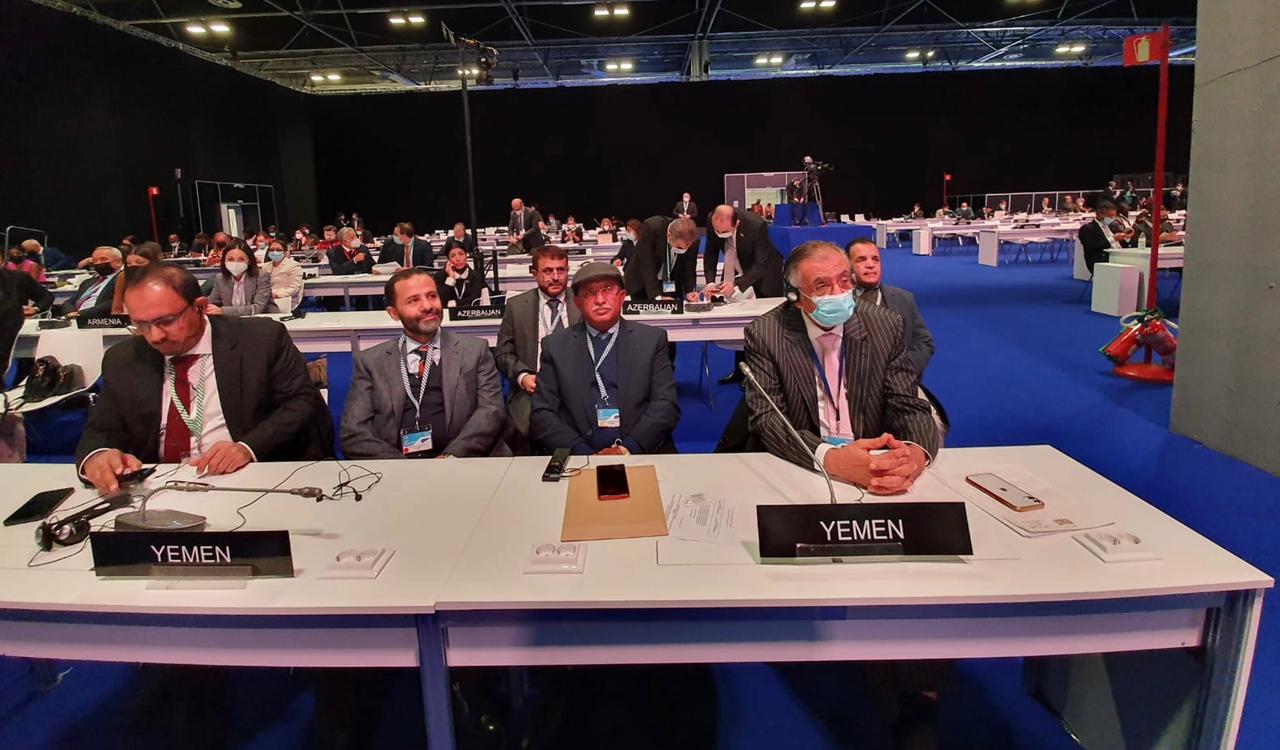 Ashdadi contributes to IPU 143 Session
Deputy Speaker of Parliament Mohammed Ashdadi along with the parliamentary delegation accompanying him participated today in the discussions of the 143 Session of general assembly of the International Parliamentary Union (IPU) held in the Spanish capital Madrid. 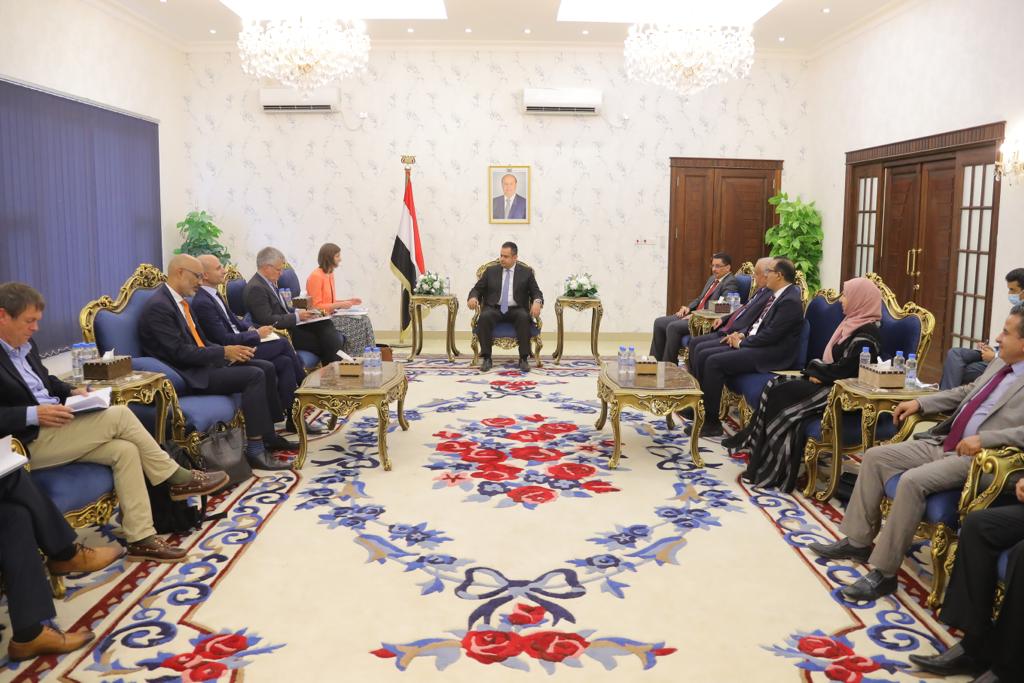 Prime Minister, Dr. Maeen Abdulmalik, received today in the temporary capital Aden, the European Union delegation and ambassadors of a number of European Union countries in continuation of the European support to the government and the completion of the implementation of the Riyadh Agreement, and welcoming the return of its head and members to Aden and carrying out their duties to face the existing challenges.

During the meeting, they discussed Yemeni-European relations and ways to develop them, emphasizing the importance of European support to Yemen at this stage, especially in the economic and humanitarian aspects, and assigning the government’s efforts to deal with it.

The meeting reviewed the UN and international moves to support peace efforts, the European role in this aspect in light of the continued military escalation by the Houthi militia, especially in Marib, and the humanitarian crimes against civilians and IDPs
At the beginning of the meeting, the Prime Minister welcomed the delegation of the European Union and the ambassadors of a number of European countries accredited to Yemen in this visit to the temporary capital Aden, which bears important connotations in providing support to the Yemeni government and people in these difficult circumstances, noting that the government, under the directives of His Excellency the President of the Republic, despite all challenges, is working to address the dangerous political and economic situation, prevent a complete collapse, and complete the Riyadh Agreement.

Dr. Moeen Abdul-Malik briefed the mission and ambassadors of the European Union countries, on various developments and emerging challenges, foremost of which is the decline in the national currency exchange rates, the decline in purchasing power, the inflation of commodity prices, and the government’s priorities to deal with them according to an urgent path in the short term and the required regional and international support, on the way to start implementing a general plan for economic stability, pointing to the urgent reforms taken by the government to stop the currency deterioration, boost revenues, rationalize expenditures, and maintain the cohesion of state institutions to accomplish these reforms, and the urgent economic support package that is required for that.

He said, "The economic file must be a priority in the work of our friends and partners at the regional and international levels. The approach to solving the humanitarian crisis is to address the economic crisis. Unfortunately, in the past period, the economy was not on the agenda of the international community, and we look forward in the short term to making government support a top priority" To face challenges and save the status quo.

The Prime Minister stressed the importance of the continued unity of the international stance towards what is happening in Yemen and the one that has existed since the coup against the legitimate authority in late 2014, which constitutes a guarantee to reach a solution to the Yemeni problem and preserves the enforcement of the popular and international will, the return of security and stability and the completion of the restoration of the state.