Al-Iryani: The government will save no effort to centralize issue of the kidnapped people 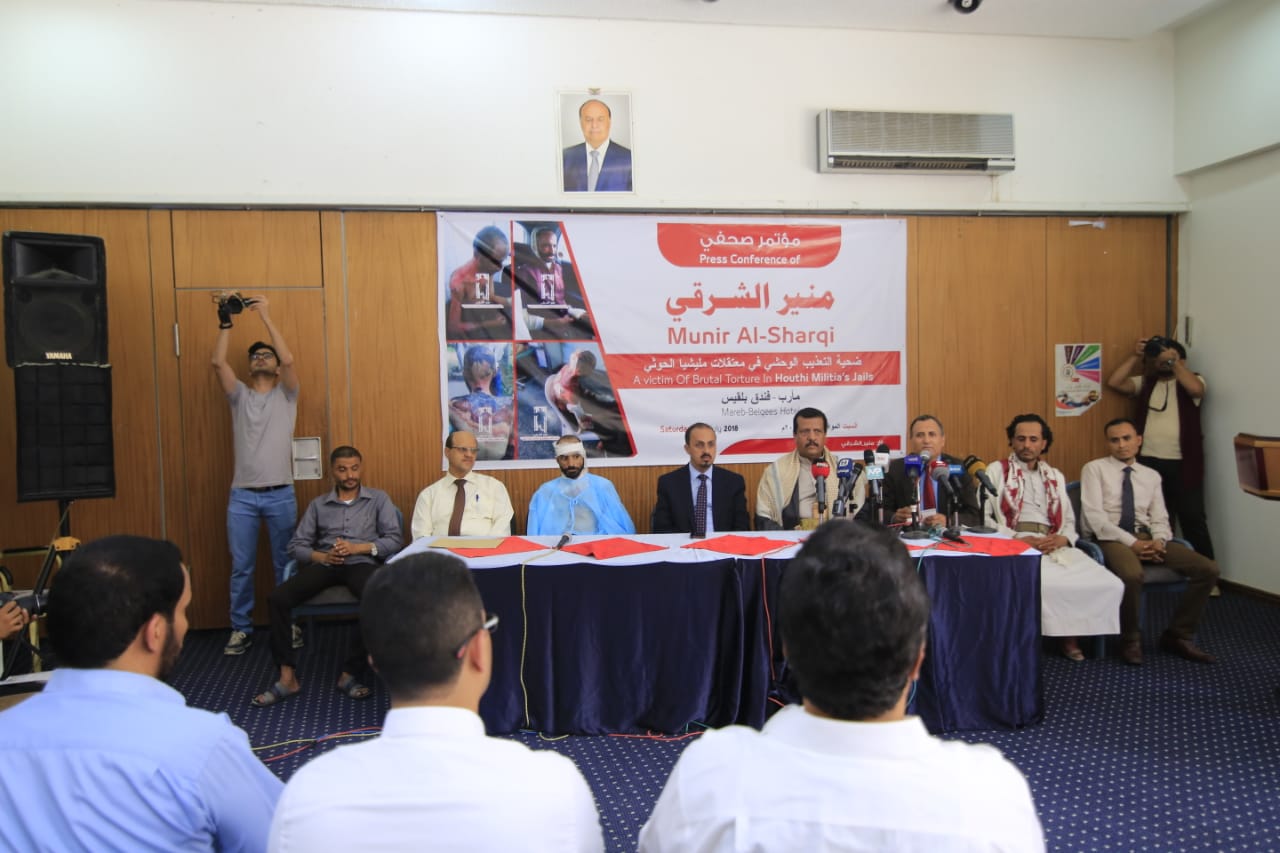 MAREB-SABA
Minister of Information Muamar al-Iryani has said the government will save no effort for making the issue of the violations and the kidnapped people in Houthi militia's prisons a central issue.

In a press conference held in Mareb on Saturday for listening to witnesses of physicians on the case of Dr. Muneer al-Mashriqi, whose issue of being tortured barbarically by Houthis, is making the headlines of news in different media outlets.

As the issue of violations and kidnapping is the issue of the society, in which every house-from east to west- has witnessed, it is also strongly emphasized by the political leadership and the government who make the issue in their top agenda, he said.
He hoped that this file- the issue of the kidnapped and violations- is in the top list of the peace talks' points.

" I never imagined seeing a Yemeni savagely torturing a brother until Houthis came and broke all rules and buried morals of the Yemeni people, their traditions and customs and heard and saw horrible," said al-Iryani.

He pointed out that the image of Dr. al-Sharqi has severe pain and the image is one of thousands of Houthi horrible practices against the kidnapped and the forcibly disappeared people.

"I promise you brother Muneer al-Sharqi and all victims, who still in Houthi detentions, we will not forget your case and will show it in all international forums," said Minister of Information Muamar al-Iryani.

Meanwhile, Deputy Governor of Mareb Abd-Rabbu Miftah has said:" what we are seeing today is small part of what is happening in Houthi militia's prisons, since they have come out from their caves they have been fighting values and human morals."

He added that all have heard about the situations of the kidnapped people in Houthi militia's prisons, which are horrible situations and Houthis will continue violating the dignity and humanity of Yemeni people unless all Yemenis stand firm for eradicating this group