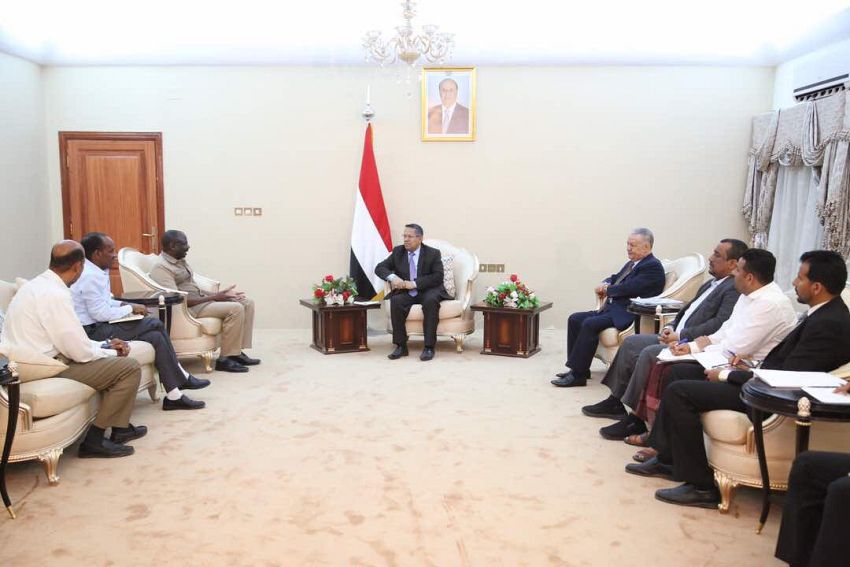 Yemen's Prime Minister Ahmed Obeid bin-Daghr said that eliminating epidemics requires cooperation between the government and the international organizations concerned with health as happened in the liberated parts of Yemen.

In a meeting with the representatives of OCHA, UNICEF and WHO in Aden today, bin-Daghr said: "Eliminating diseases and epidemics requires cooperation between the government and the health organizations to identify the epidemic causes and treat them. In the same way as the government did in the temporary capital city, Aden and other liberated provinces.

A number of precautionary measures had been taken against cholera and other epidemics. With concerted efforts the Ministry of Public Health managed to eliminate the disease last year."

Aden governor, Abdul-Aziz al-Muflahi spoke highly of the three organization's contribution to the health sector in Yemen, especially their support to hospitals and health centers.

The prime minister said that "no one ignores the suffering of Yemenis in the health issues, as you know, because of the deteriorated living conditions as a result of the savage war and immoral and inhuman practices of the Saleh-Houthi militia."

"These practices contributed to the proliferation of epidemic that are preventable without big resources," said the premier.
The elimination of it required only some sense of responsibility and serious steps which the coup militia didn't do.

"Which led to the emergency of cholera and a wide proliferation of infections in the coup militia-controlled parts of the country."

The governor of Aden said the local authority would offer all kinds of support to the three organizations and all UN organizations to facilitate their mission in alleviating the people's suffering. The local authority, he said, will offer them a conducive environment for their business especially their import of humanitarian aid via Aden airport and seaport.

The governor warned of the hazard of landmines which the Houthis planted in large arable lands that would, otherwise, be used for growing food, which Yemen is short of, to the extent of an imminent famine.

He also called for increasing the humanitarian response and expansion of health services in all Yemeni provinces including the liberated ones.