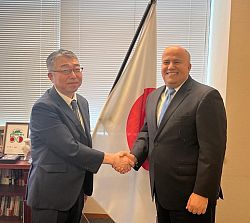 Yemeni Ambassador: The government had no choice but to engage in war 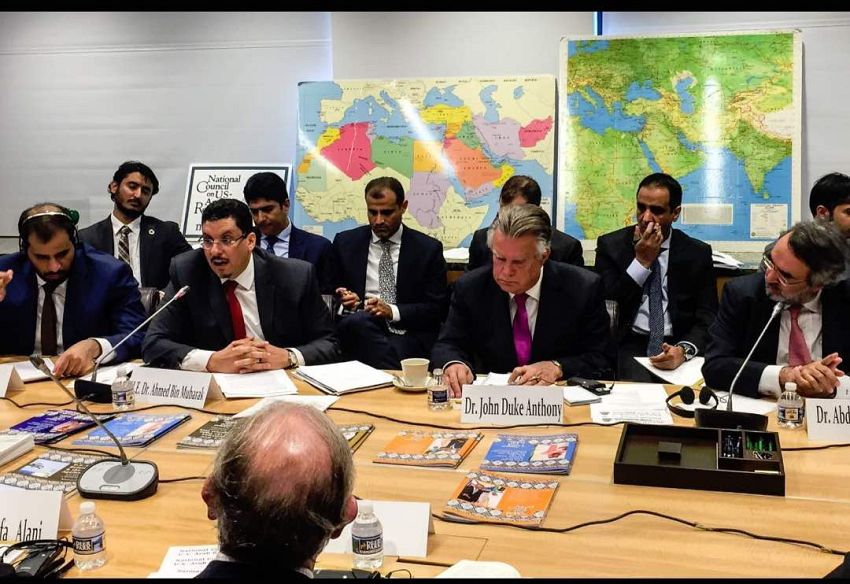 Washington (Saba)-Yemen Ambassador to US Ahmed Awad Bin Mubarak has affirmed that the legitimate government is interested in realizing peace, indicating that it had no choice but to engage in the war.

In a paper presented to symposium held by National Council on US- Arab Relations and the Gulf Center for Research under the title "Views on the Yemeni crisis", Bin Mubarak said that the Houthi Movement was excluded from participating in the National Dialogue Conference, ruling out what is published by some media outlets about that.

In the symposium held in Washington and attended by the Saudi Ambassador to Yemen Mohammed Saeed al Jaber, Former US Ambassador to Yemen Feierstein, officials, researchers and activists, he emphasized that the Houthi-Saleh militias participated in the National Dialogue Conference and approved its outcomes, signaling out that they had no justifications for carrying out the coup except the implementation of their hidden agenda of carrying out the coup.

The ambassador mentioned that the political leadership led by President Abdo Rabbu Mansour Hadi exerted efforts and made repeated concessions to prevent further bloodshed and avoid the slide into war.

"The government's efforts led to the Peace and Partnership Agreement and formation of a technocrat government, but all these concessions did not change orientations and projects of the Houthi-Saleh militias," he added.

He made clear that President Hadi,i n accordance with Article 51 of the Charter of the United Nations and rules of the international law, demanded the Arab Coalition to intervene after his seeking to reach reconciliation failed due to the intransigence and recklessness of the Houthi-Saleh militias.

He reiterated that the government has managed to recapture 80% of Yemen's territories and that the Houthi-Saleh militias are in constant retreat.

Bin Mubarak further said that the legitimate government is ready to accept the UN initiative which was offered in Kuwait or any other UN initiative at any moment, referring to the importance of pledging to prior commitments by the Houthi-Saleh militias.

He said that the government will liberate Hodeidah port to alleviate sufferings of civilians and terminate the manipulation of the port by the coup authority, citing that they badly exploit their control of the port to gain illegal income and blackmail merchants and people.

The ambassador further made clear that liberating the port will help deliver humanitarian assistances to those areas at risk of famine.

He mentioned that the legitimate government previously asked the United Nations to supervise Hodeidah port, affirming that if the UN failed to do so, the government will be obliged to liberate it and all other Yemen's territories.