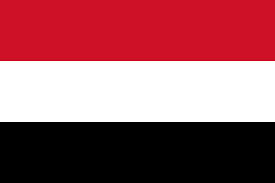 ADEN-SABA
A responsible government source refuted the falsehoods presented by the Houthi coup militia regarding the truce agreement, which reflect the militia's constant evasion of the obligations due on them to achieve peace.

The source pointed out that the government did not want to comment on the falsehoods right upon their release in order not to enter into the rabbit hole of exchanges with a militia notorious – as the Yemeni people know them – as lacking credibility and even sincerity in responding to international peace mediation efforts.

The source pointed out that the government, from the first moment of the truce and all previous political consultations before the truce, dealt positively with all international efforts and initiatives to end bloodshed and broker peace, and made great concessions based on its sense of responsibility to seek alleviating the humanitarian suffering caused by the Houthi imposed war.

From the Peace and Partnership Agreement, through the Kuwait negotiations, the Stockholm Agreement, and the current truce announced on April 2, 2022, the Houthi militia have sought to avert their obligations by making up successive setbacks to sabotage the reached agreements, a Houthi game that the Yemeni people are aware of and the international community sees.

In response to the Houthi falsehoods regarding the terms of the truce agreement, the source mentioned a number of clarifications. Here are some of them:

First: Opening the roads:
The government demanded the opening of the main roads of the besieged Taiz city, given that the Houthi blockading of the road access to Taiz city is unjust siege of immense humanitarian impact on millions of suffering people residing the city. And this demand is agreed upon by all the Yemeni people, the international community, the states sponsoring the political process and civil society organizations. The government welcomed the United Nations’ proposal to expand the agreement to include the opening of key roads between Yemeni cities, including the Nihm-Sana’a road, the Serwah-Sana’a road, the Al-Rahda-Karsh road, and the Damt-Morays road.

The Houthi militias showed an unfathomable obstinacy in rejecting the opening of main roads to the city of Taiz without giving any reasons and chose to open roads either for the militia's own military purposes, like the Air Defense Road or bumpy roads not fit for the passage of commercial trucks and public and private transportation, which never lead to lifting the siege on the city.

In order to achieve a breakthrough in the issue of ending the Taiz siege, the government responded to the envoy’s initiatives regarding scheduling the opening of the main roads, and also agreed to the proposal of civil society organizations to open a main road that passes from the Dhikra Junction to Al-Hojala and Al-Arbaeen Road, a road that does not pose any security or military risks to any warring side
On the other hand, the Houthi militia made undeliverable stipulations to open the main roads between cities, including the militia's right to man checkpoints and collect nefarious taxes on the roads, and each time rejected the government’s demands and the UN envoy’s proposals to stop illegal levies, and the militia still refuse to abandon these stipulations.

Second: Hodeidah seaport
In December 2019, the United Nations sponsored an agreement between the government and the Houthi militia that guarantees the facilitation of the entry of oil products through the ports of Hodeidah according to a clear mechanism that maintains the smooth entry of oil products and imposes standards that limit the black market trade and smuggling of Iranian oil, which provides funding for the Houthi militia and fights money laundering, and to deposit all revenues in an account in the Hodeidah branch of Yemen's Central Bank, to be allocated to pay the salaries of civil servants.

The Houthi militia reneged on this agreement and looted the amounts deposited in this account and refrained from the first day from sharing any information on the transactions related to the account as provided for in the Stockholm Agreement. The militia created successive crises that led to the suspension of the entry of oil products from the seaport of Hodeidah until the beginning of the truce last April.

- As part of the truce agreement, the government agreed to return to the previous mechanism sponsored by the United Nations in 2019, and fuel ships continued to enter regularly with more than 54 shipments with a tonnage of up to one and a half million tons. The revenues due from these shipments that are supposed to be deposited in the Central Bank branch in Hodeidah for the purpose of paying civil servants in Houthi-controlled areas amounted to more than 203 billion riyals.

- After the regular entry of fuel vessels into the port of Hodeidah for five months, the Houthi militia created a new crisis and prevented traders from submitting their documents to the office of the UN envoy in accordance with the agreed mechanism, which led to the accumulation of ships and the occurrence of a fuel crisis in the middle of last month. However, with a view to making the truce a success and in response to humanitarian urgencies, as well as the calls of friendly countries, the government allowed, on an exceptional basis, the entry of ships that were prohibited.

Third: Sana'a Airport:
Since the flights to Sana'a airport were suspended in 2016, the government has submitted a number of proposals to alleviate the suffering of Yemenis and open the airport to domestic flights, and expressed its willingness to respond to international initiatives in this aspect, but the suffering of travelers and international initiatives to alleviate them did not receive any response from the Houthi coup militia.

- In implementation of the terms of the truce agreement, the government agreed to open Sanaa airport to two direct destinations, Amman and Cairo. Since the beginning of the truce, 50 round-trip flights have been operated from Sanaa to Amman, and one flight to Cairo. It is something that many countries have reservations about.

- Immediately after the implementation of this clause, the Houthi militia complicated this by requiring travelers to travel with passports issued by their militia, which sets a precedent for dealing with illegal passports issued by irresponsible parties. The government also warned the United Nations that this represents a security risk in international movements. It could be a route that is used to forge official documents and transfer suspicious or internationally prosecuted individuals.

As a temporary solution and again in order to make the truce course successful, the government agreed that travelers would obtain official passports in the countries of arrival from the embassies of the Republic of Yemen in these countries and other solutions that preserve the integrity of the Yemeni passport, and Houhis rejected all proposed technical solutions and refrained from even discussing them.

Fourth: Ending Military Escalation:
- The Yemeni government complied with the terms of the agreement while Houthis continued the daily violations of the truce, which led to the fall of large number casualties among military and security personnel in the government-held areas, as the number of our martyrs and wounded during the truce period has reached more than 1,400 soldiers and 96 civilians.

The Houthi militia launched a large-scale military attack in Taiz governorate, killing ten people and wounding others. It aimed to close the besieged city's only road left at a time when the whole world was waiting for the Houthis to end the siege on the city.

- In addition the militia persisted in the military build-up, the daily attack by armed drones, the continuous bombardment of civilian and military areas, as well as the continuous provocations and organization of military parades.

Fifth: Salaries:
- Paying the salaries of civilian civil servants in Houthi-controlled areas was one of the most important issues that the Yemeni government carried out and worked to solve for years.

The government also led a discussion with the United Nations to allocate part of the humanitarian aid to cover the salaries of civil servants.

As a result of the currency split imposed by the Houthi militia, employee salaries were suspended at the beginning of the year 2020. Meanwhile, the Houthi militia imposes double levies on the commercial sectors and revenue streams in its areas, and repudiates any responsibility towards citizens in salaries and basic services.